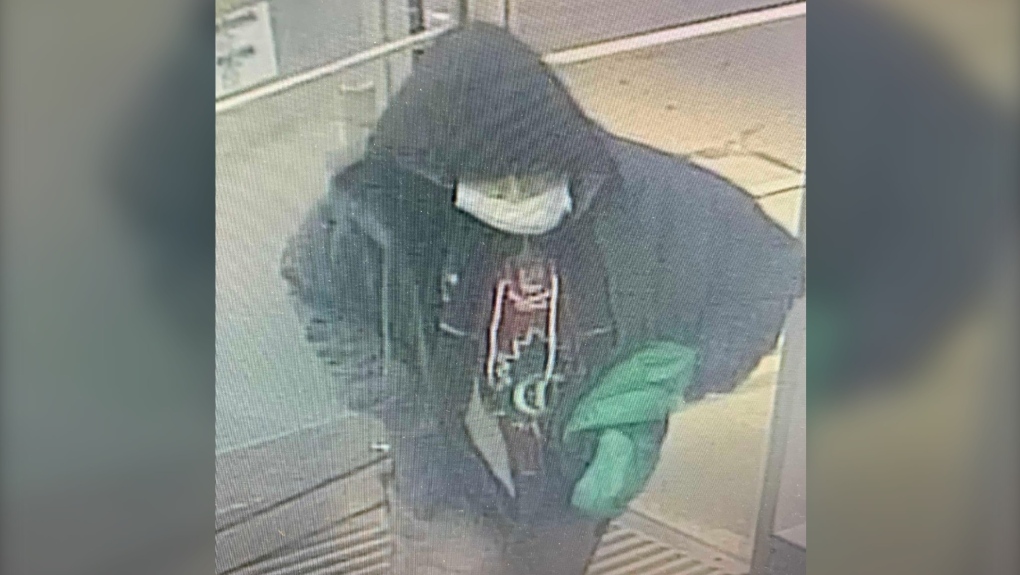 A man police believe is connected to an armed robbery that happened at the Shoppers Drug Mart Westmount Drive in Orillia on Sunday, October 17, 2021 (Courtesy:OPP)
Barrie -

Provincial police are looking to the public for help in identifying a man they believe to be connected to an armed robbery investigation at an Orillia business on Sunday.

According to police, the man walked into the Shoppers Drug Mart on Westmount Drive around 7:45 p.m. "brandishing a firearm and demanded pharmaceutical prescription drugs."

Police say he fled the area in a white SUV after leaving the store with an undisclosed amount of prescription medications.

The man is described as white, 5'4" tall. He was last seen wearing grey pants, a grey jacket with a black hood, a red vintage Montreal Canadiens jersey and black footwear.

Anyone with information is asked to call the police or Crime Stoppers.