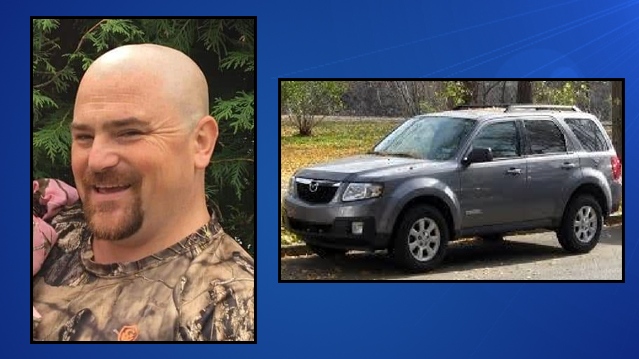 Family, friends, and Ontario Provincial Police are asking for the public’s help in finding Christopher Thompson, 35, of Fenelon Falls.

Officers with the OPP’s Kawartha Lakes detachment were notified of the case on Tuesday.

Thompson is described as 5’5” tall, with a stocky build, a shaved head and a goatee. He has an owl tattoo on his upper left arm, and a purple square tattoo on his calf.

His sister, Nadine Thompson, has issued a public plea on Facebook.

She writes Chris was at their family cottage in Fenelon Falls when she last spoke with him on Tuesday afternoon. He mentioned possibly going to Algonquin Park.

Police say Thompson was driving a grey Mazda Tribute, with Ontario licence plate CFJF 068. He may be transporting a green canoe on its roof.