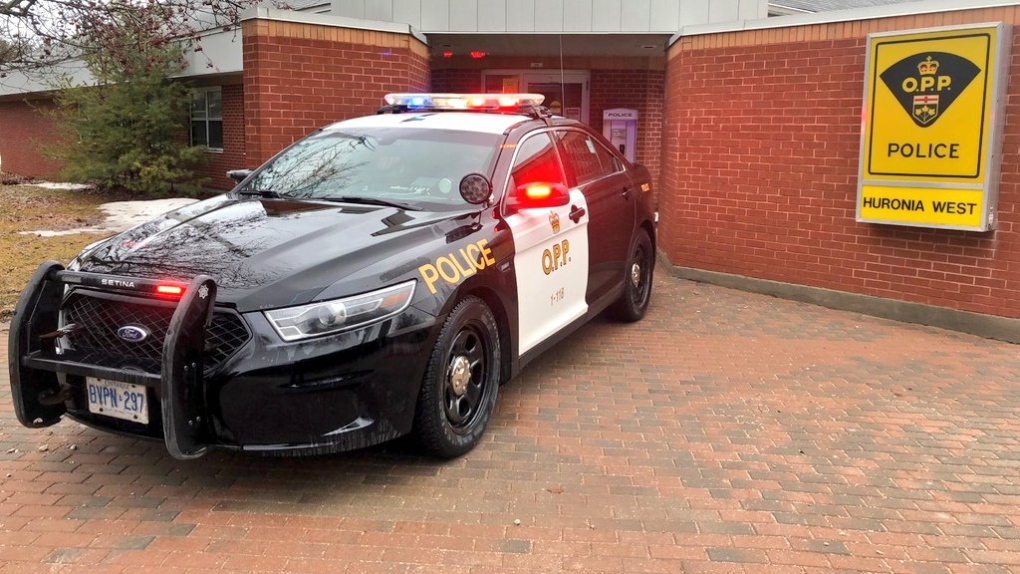 Huronia West OPP has arrested a man who pushed a senior to the ground.

A Wasaga Beach man has been charged with robbery after police say he forcibly pushed a senior to the ground for money.

Police say the incident occurred shortly after 1 p.m. on Monday on Stonebridge Boulevard in Wasaga Beach.

They say a man in his late-80s was accosted by a stranger who initially introduced himself as a police officer.

Police say that when the suspect asked to see the victim’s wallet, he complied, and then he took the money and pushed the senior to the ground.

Huronia West OPP said it is grateful to the Good Samaritans who witnessed this incident and rushed to the victim’s aid.

They also caution people to be mindful of their surroundings and if someone identifies themselves as a police officer, confirm it with their badge and/or call the police station to verify their identity.

OPP charged a 38-year-old man with robbery with violence, personating a peace officer and failing to comply with a peace order.

The accused is scheduled to appear in the Ontario Court of Justice in Collingwood in July.

Prince Charles and his wife, Camilla, are in Newfoundland and Labrador's capital today to begin a three-day Canadian tour focused on Indigenous reconciliation and climate change.

Gasoline prices are showing no signs of letting up as the average price in Canada tops $2 a litre for the first time. Natural Resources Canada says the average price across the country for regular gasoline hit $2.06 per litre on Monday for an all-time high.

The Ukrainian government says Russia has shelled more than 1,000 schools, destroying 95. Intentionally attacking schools and other civilian infrastructure is a war crime. Experts say wide-scale wreckage can be used as evidence of Russian intent, and to refute claims that schools were simply collateral damage.

A match made in marketing heaven between Tim Hortons and Justin Bieber is back with a new French vanilla-flavoured chilled coffee. Biebs Brew is the pop star's rendition of the coffee chain's cold brew coffee launched last year.

Pierre Poilievre is denouncing the 'white replacement theory' believed to be a motive for a mass shooting in Buffalo, N.Y., as 'ugly and disgusting hate-mongering.'

The rising cost of living is worrying Canadians and defining the Ontario election as prices go up on everything from groceries to gas.

The white gunman accused of massacring 10 Black people at a Buffalo supermarket wrote as far back as November about staging a livestreamed attack on African Americans, practiced shooting from his car and travelled hours from his home in March to scout out the store, according to detailed diary entries he appears to have posted online.

A gunman motivated by hatred against Taiwan chained shut the doors of a California church and hid firebombs before shooting at a gathering of mostly elderly Taiwanese parishioners, killing a man who tackled him, authorities said.