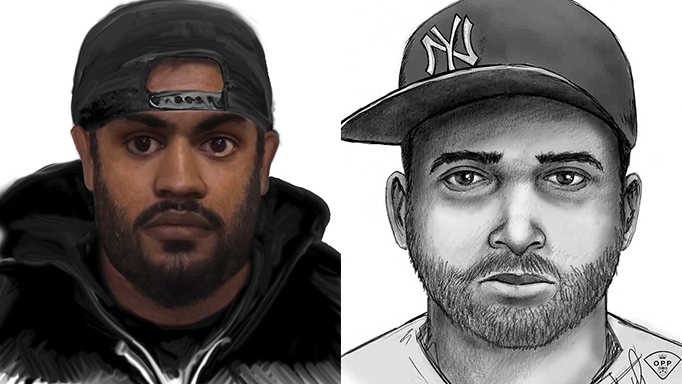 The OPP released these sketches on Thursday, March 2, 2017 of a suspect wanted in connection to sexual assaults in Collingwood, Ont. and Toronto, Ont.

Two police forces have teamed up to investigate three alleged sexual assaults that have now been linked by DNA evidence.

Toronto police say the violent incidents allegedly took place in the city and in Collingwood between 2015 and 2019.

In the most recent case, police say a man posing as a ride-hailing driver drove a woman to a Toronto parking lot and sexually assaulted her while making death threats.

In 2017, police allege the same man dragged a teenage girl into a car in Collingwood and sexually assaulted her.

And they say the 2015 incident allegedly saw him sexually assault a woman after pulling her into a laneway in Toronto.

Toronto police say they've joined forces with the Ontario Provincial Police to investigate the three cases and are asking anyone with information to come forward.