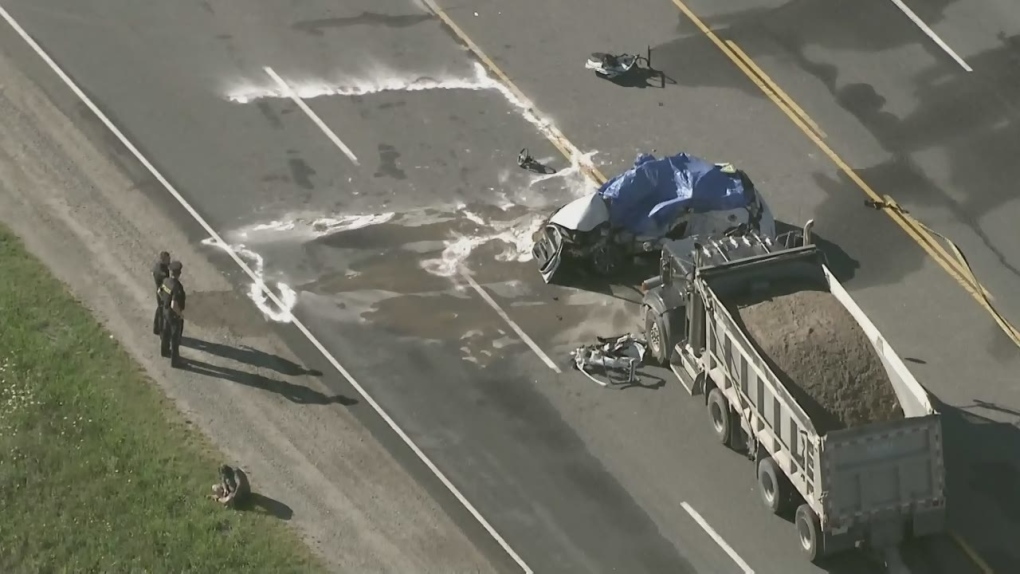 Ontario Provincial Police are investigating a deadly collision on Hwy 10 in Caledon, Ont., on Wed., Aug. 19, 2020.

BARRIE -- A Brampton man is now facing charges three months after a crash that claimed a Caledon woman's life.

After an investigation, police say 28-year-old Upkaran Sandu has been charged with Careless Driving Causing Death after the dump truck he was driving collided with a sedan shortly before 7 a.m. on August 19.

The driver of the sedan, 50-year-old Patrizia Lopez, sustained fatal injuries in the crash.

Sandhu is scheduled to be in a Caledon Court in February.