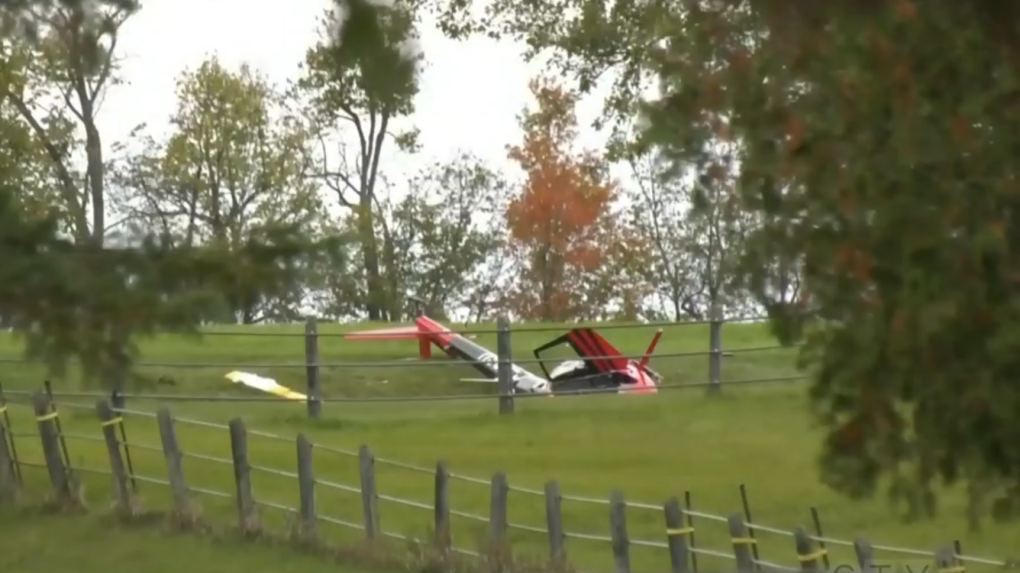 BARRIE -- One person is in hospital following a helicopter crash on Saturday afternoon in the community of Loretto, in Adjala-Tosorontio.

Nottawasaga OPP say that just before 1 p.m. on Saturday the helicopter fell from about 20 feet in the air when landing. There were four people on board, and two of them were transported to hospital and were later released with no reported injuries.

The crash happened at a privately owned helicopter pad, on a stable owner's property near Concession Road 7 and Simcoe County Road 1. Police continue to investigate the cause of the crash.