Police identify man killed in collision along Highway 9 in Caledon 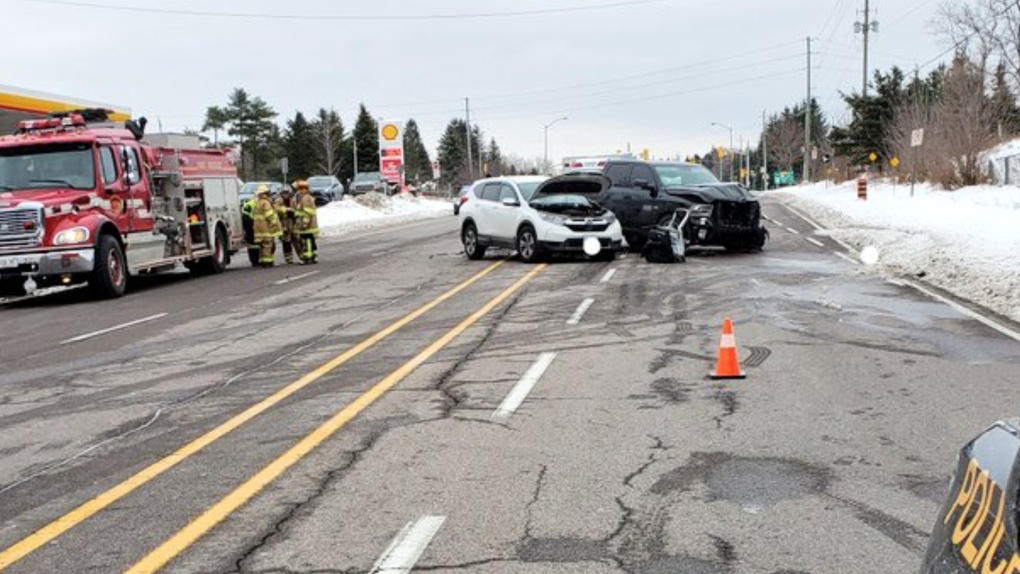 A fatal collision involving a white SUV and black pickup truck on Highway 9 west of Airport Road in Caledon, Ont., is under investigation. (Supplied)

According to police, Robert Cooksley of Caledon died following the crash involving a white SUV and a black pickup truck just before noon along Highway 9.

Police say the truck was travelling on Airport Road when it hit the SUV as it pulled out of a private lot.

Police say Cooksley, the SUV driver, was rushed to the hospital but didn't survive.

The pickup truck driver was treated at the scene and released.

Police are continuing to investigate the deadly crash and are asking for any witnesses to comes forward.