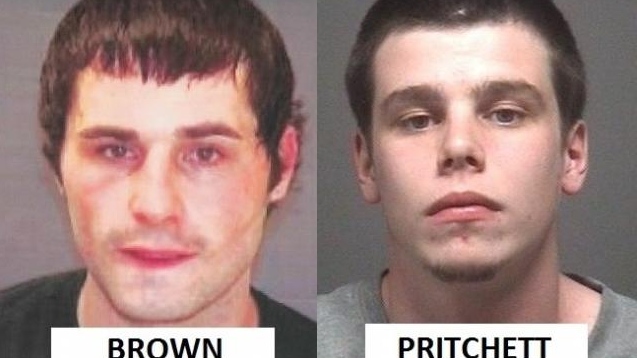 Police have identified a second suspect wanted in connection to a targeted shooting in downtown Barrie.

Barrie police issued a warrant for Dylan Brown, 24, of London on Friday. Earlier this week, officers issued an arrest warrant for Max Cameron Pritchett, 21, of Barrie.

The pair is wanted for a shooting that happened early Sunday morning on Mulcaster Street. Witnesses report the shooting was the result of a dispute that happened inside a bar.

A 28-year-old Barrie man was airlifted to a Toronto hospital with serious injuries.

Brown is described as a white man, 5’11”, 160 pounds, brown hair and brown eyes. He has tattoos on his right hand and lower forearm.

Pritchett is described as a white man, 5’8”, 142 pounds with a medium build, brown hair and blue eyes.