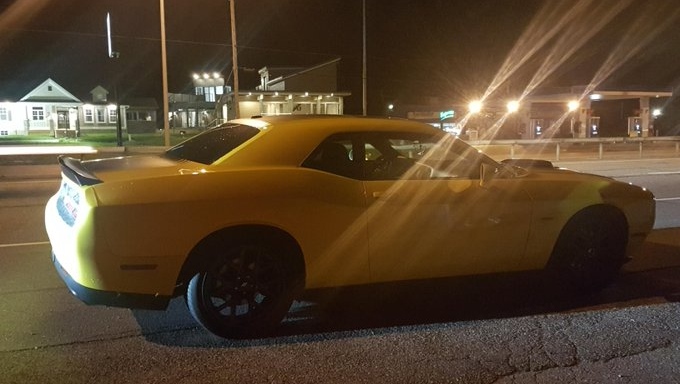 A yellow Dodge Challenger is impounded by officers following a traffic stop on Hwy 11, Oro-Medonte on Wed., Aug. 22, 2019 (OPP)

A Barrie man is facing speeding and stunt driving charges after police say they clocked him travelling 70km/h over the posted limit.

Police say the 21-year-old G2 driver was stopped on Highway 11 in Oro-Medonte on Wednesday night going 160km/h in the 90km/h zone.

The man's licence was suspended, and the yellow Dodge Challenger he was driving was immediately impounded.

160km/h will get you a number of things.... a hefty fine, drivers licence suspended and your vehicle impounded for #StuntDriving. If we set aside the obvious #RoadSafety issue. Is it really worth it?? #GetHomeSafe. ^jf pic.twitter.com/HRHT2h5abp

Police say five other vehicles were impounded in the four hours that officers conducted radar on the highway, and five licences suspensions were handed out. In four of those cases, police say the drivers were speeding at least 60km/h over the posted 90km/h limit.