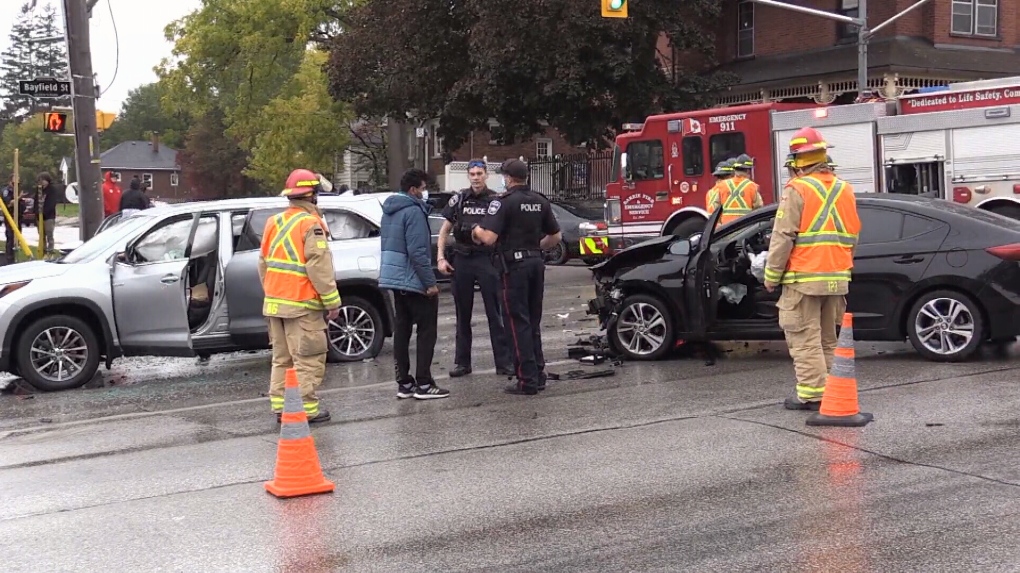 The aftermath of a crash in Barrie, Ont. that police say was triggered by a man swinging a golf club on Sunday October 4, 2020 (Don Wright/CTV News)

BARRIE,ONT. -- A two-vehicle crash snarled traffic near Bayfield St and Grove St E Sunday afternoon. But this was far from your run of the mill fender bender.

Barrie police say the collision was triggered by a man swinging a golf club at vehicles. He allegedly damaged a few.The crash was powerful enough to set off some airbags in the vehicles involved, but police say no one was seriously hurt.

The man alleged to have been swinging the golf club was taken into custody.