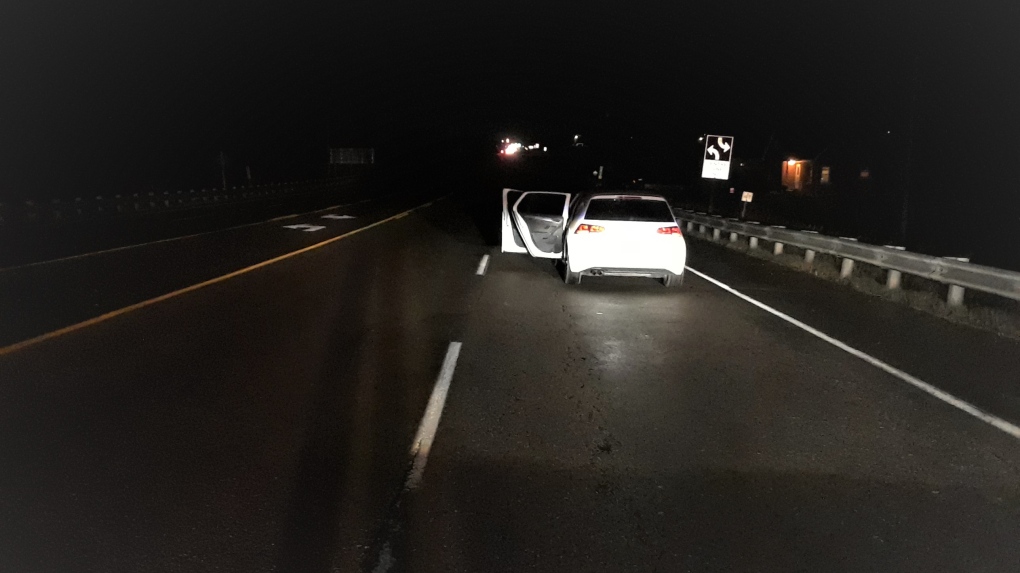 A man allegedly found sleeping in the backseat of a car that was parked in a live lane on Highway 10 in Caledon is facing drunk driving charges.

Police say they received several 911 calls on Monday around 10 p.m. for reports of an erratic driver along Highway 410.

They say one caller told officers the vehicle was parked on Highway 10 just north of Highway 410 forcing oncoming traffic to brake and swerve to avoid hitting it.

Officers say they found a man fast asleep in the backseat and arrested him for impaired operation of a vehicle.

The 34-year-old man's license has been suspended for seven days and his vehicle was impounded.