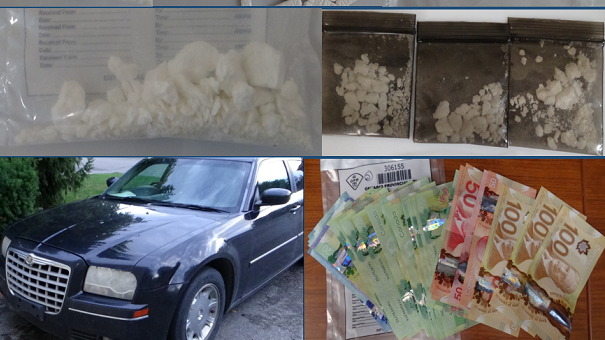 Caledon CSCU displays the drugs, money and a car seized during a raid at a Bolton home on Wed., Aug. 21, 2019 (Supplied)

A large amount of drugs and cash was seized during an investigation by Caledon OPP last week at a house in Bolton.

Police say the Community Street Crime Unit confiscated cocaine, cannabis, and prescription drugs in the bust with a street value of about $12,000.

They also seized money and a vehicle during the raid.

He is scheduled to appear in an Orangeville court next month.