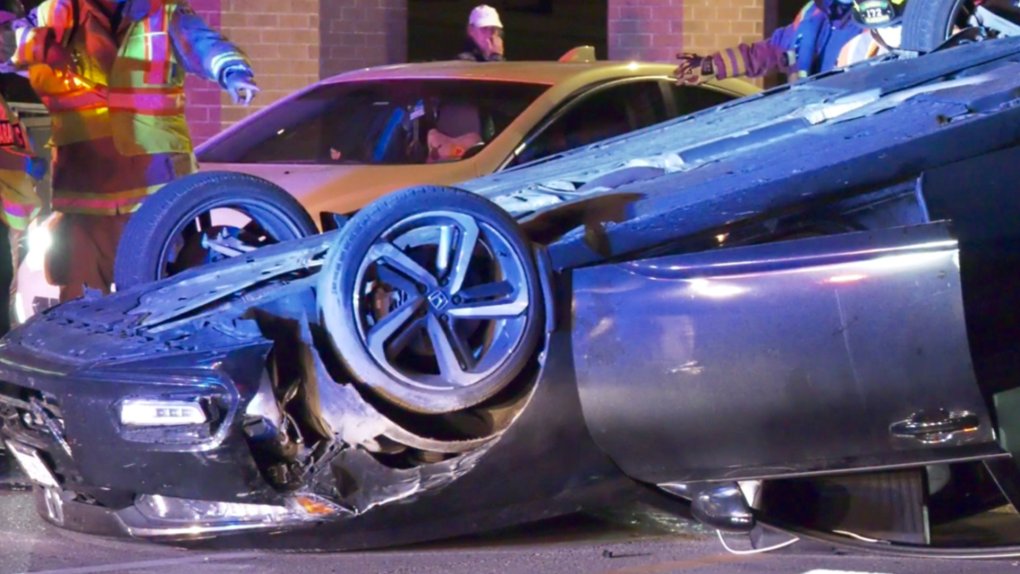 A vehicle rests on its roof after a crash on Dunlop Street East in Barrie on Tues., Sept 21, 2021. (Steve Mansbridge/CTV)
Barrie, Ont. -

Police accused a Barrie man of drunk driving after he crashed into a parked car and flipped his vehicle onto its roof on Dunlop Street.

The Barrie Fire Department and Barrie Police responded to calls for a single-vehicle rollover just before 8 p.m. on Tuesday.

Police say the vehicle was travelling west on the downtown street before the crash.

They say the driver ran from the scene but returned a short time later.

The 23-year-old Barrie man was arrested and charged with impaired driving, dangerous operation of a vehicle and failing to stop after an accident.

He was released with a future court date.