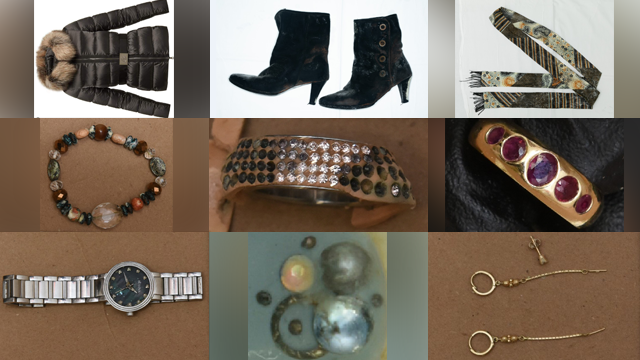 York Regional Police Homicide investigators released these images of clothing and jewelry worn by a woman who was found dead in Lake Simcoe in Georgina, Ont., on Aug. 29, 2020. (Supplied)

BARRIE, ONT. -- Homicide detectives in York Region are hoping the public will recognize some jewelry and clothing worn by a woman whose body was found in Lake Simcoe in Georgina this past summer.

The unidentified woman was found on Aug. 29 near Lake Drive North.

A post mortem revealed she could possibly be Asian, between 28 and 50 years old and between four-foot-five and five-foot-one.

Police released photos of what the woman was wearing when her body was found, including a hooded winter coat, black heeled boots and several pieces of jewelry.

The cause of death hasn't been determined.

Investigators urge anyone with information to contact the York Regional Police Homicide Unit or Crime Stoppers to remain anonymous.