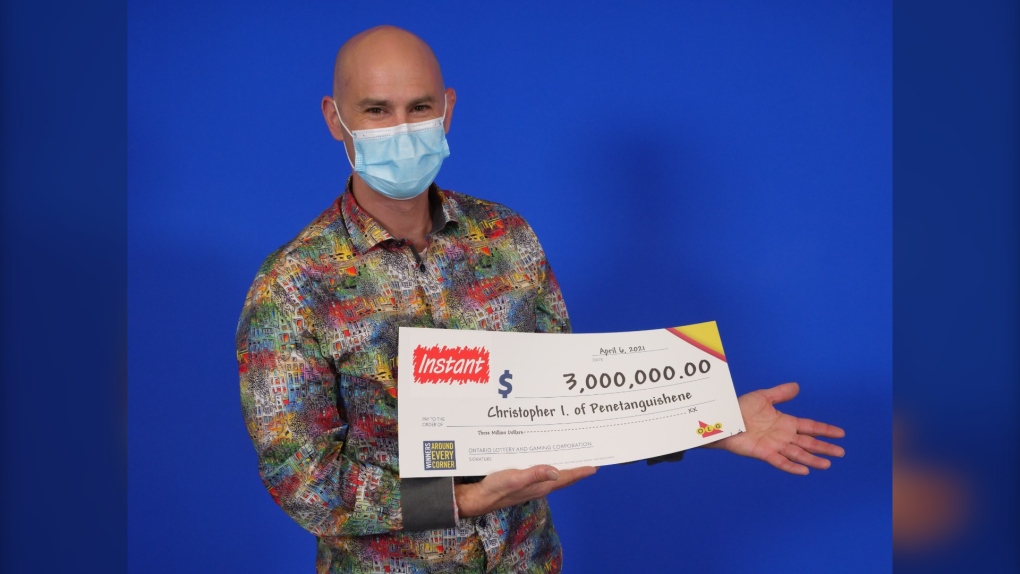 BARRIE, ONT. -- A long-term care worker in Penetanguishene plans to give back to the seniors' facility where he works after instantly becoming a multi-millionaire.

Chris Irvine's smile was unmistakable beneath his face mask while holding his big cheque for $3 million from the Ontario Lottery and Gaming Commission.

The 47-year-old said it was his first big win, and he could barely believe his luck, adding he first thought he won $3,000. "I thought there were too many zeroes, so I had to double-check at the store. The clerk couldn't believe it either."

Irvine is an admitted prankster, so when he shared the news with his girlfriend and coworkers, no one was quick to believe it.

"My girlfriend said, 'Don't lie!' and freaked out when she realized it was real," he said.

The Penetanguishene man said he wants to use the money to help his family and buy some televisions for the long-term care residence where he works. He also plans to do some investing.

Irvine won with an Instant Triple Millions ticket, which costs $30 and has a top prize of $3 million. The odds of winning a prize is one in 3.57.

He purchased his ticket at Daisy Mart on Main Street in Penetanguishene.