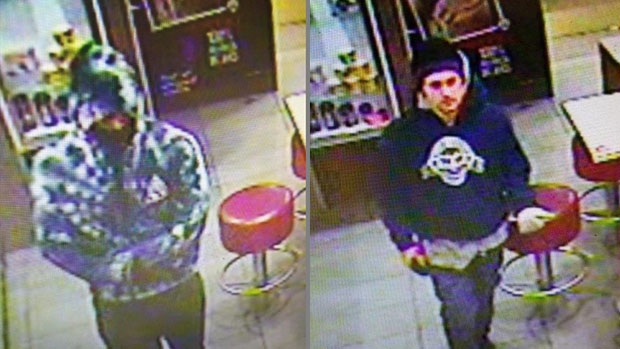 The OPP released these images of two men wanted for robbing an Angus, Ont. McDonald's.

Police are searching for a pair who allegedly robbed an Angus McDonald's.

According to the OPP, the two men entered the fast food restaurant shortly after midnight on Wednesday.

Police say one of the men went behind the counter and removed cash from the till. The suspect then allegedly pushed an employee to the ground before the pair fled the scene.

The first suspect used a ski mask to cover his face, but is believed to be about 5’11”. He was seen wearing a blue hoodie, green pants and Converse shoes.

The second suspect was seen wearing a black hoodie.