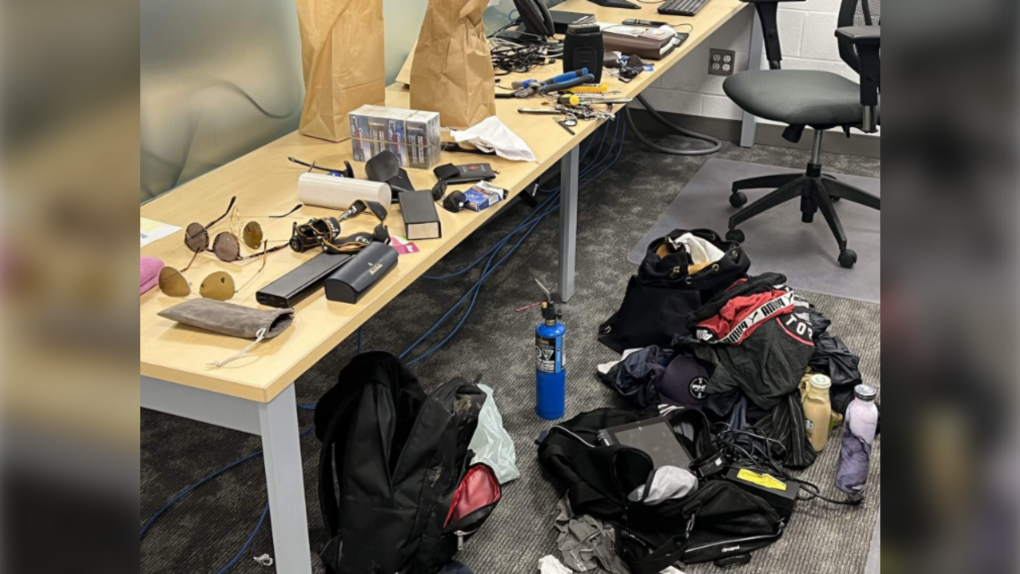 A car contents theft duo was arrested in Barrie Wednesday. (SUPPLIED BY BPS)

On Wednesday, two men were arrested after a lengthy chase through swamps and residential neighbourhoods.

Barrie’s tactical unit was called in, as was the canine unit, to track the pair around the Big Bay Point Road and Yonge Street area near Lover’s Creek, said Peter Leon, communications coordinator with Barrie Police.

Leon said a woman’s purse had been stolen out of her car parked in her driveway, and she tracked the 30-year-old man from Thunder Bay and 32-year-old from Winnipeg to a store in a nearby mall.

“She had a piece of technology in her wallet that guided them,” he said of the woman and her partner.

The men had made several attempts to use her credit cards overnight but had been unsuccessful.

After she approached them in a grocery store, the men left suddenly, and when confronted by the purse owner’s spouse, one of the men threatened to use a taser on him.

“They did everything they could to evade arrest,” Leon said, detailing how they trekked through Lover’s Creek and nearby swampy areas.

“It was the expertise of the canine and the handler and their communications with the team that made the difference,” he said.

Once arrested, police found a cache of sunglasses and miscellaneous items taken from cars during the past two months.

“Their crime spree came to a rather sudden and abrupt end, thankfully,” said Leon.