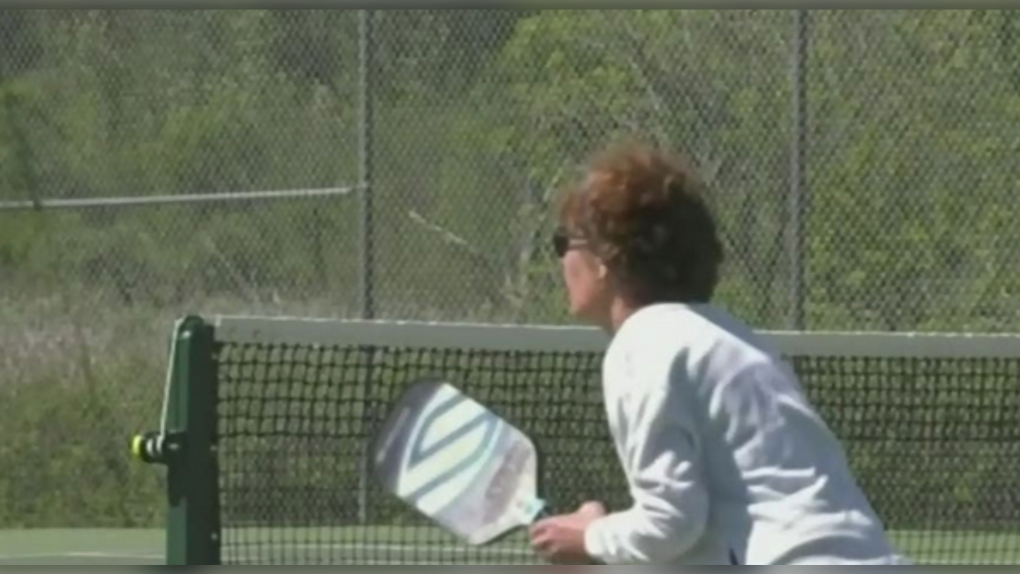 Pickelball courts will be going up across Barrie in next few years. (CTV NEWS)

There's a new game in town, and city staff are counting on eight fingers how many new pickleball courts they’ll need to meet the demand.

Pickleball is a paddle sport combining elements of tennis, badminton and ping pong. It is an all-ages, many abilities sport which can be played with low-cost equipment.

City staff are inviting the public to a meeting Wednesday, Aug. 17 to view a new design concept for an additional eight pickleball courts at Painswick Park in southeast Barrie.

The Painswick Park construction will include:

The Painswick Park redevelopments will create a new pickleball hub offering a dozen courts, which will be suitable for local and regional tournaments.

Two of the new courts will be constructed to an elite/accessible standard set by the U.S. Pickleball Association.

Residents are invited to a public meeting on Aug. 17 from 5 to 7 p.m. in Painswick Park, located at 231 Ashford Drive, to view the design concept. The public meeting will occur south of the current pickleball courts at the park and will take place rain or shine.

Visit Parks Construction for project updates as the construction progresses.

Ukraine's former ambassador to Canada says Russia could use so-called referendums in his country to conscript Ukrainians.