Owner of dog killed by police upset about secrecy of investigation 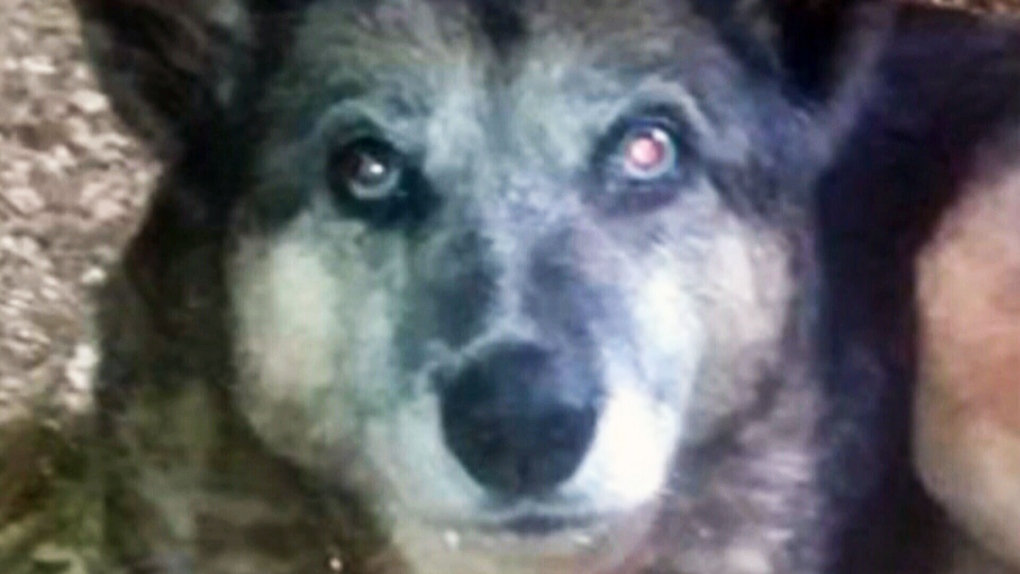 The owner of an elderly dog who was run over twice by police, then shot to death, remains in the dark about an incident that sparked nearly 90 official complaints and resulted in an investigation by officials who may never publicly reveal its findings.

Karen Sutherland's 21-year-old deaf dog, Merrick, got out of her backyard in Collingwood, Ont., during a storm in mid-October and ended up wandering around the neighbourhood.

Neighbours a few streets over thought the dog was a coyote that was acting "in a daze" and they eventually called police.

An officer showed up around 9:30 p.m. on Oct. 19. Video of the incident captured by a neighbour shows him running over the dog twice with his cruiser before getting out and shooting the dog to death, which police later admitted was a dog and not a coyote.

Sutherland says she was only interviewed once by Ontario Provincial Police who told her they were conducting an internal investigation.

OPP refuse to discuss details of that investigation, but said the case was initially handled by its internal professional standards bureau before they handed the investigation over to the Office of the Independent Police Review Director. That office also refused to discuss the case, adding details would only become public if the police officer's actions were deemed "serious."

The OIPRD is responsible for investigating complaints about officers' behaviour, but it cannot lay criminal charges.

Rosemary Parker, a spokeswoman with the OIPRD, said their office received 87 complaints about the dog's death.

"The only way the public will find out about it from us is if any misconduct is found that is serious and sent to a police service act disciplinary hearing," she said.

If there is any other finding, nothing will become public, she added.

She said she has no idea which officer killed her dog, and cannot look any officers in the eye when she sees them in her small town.

"I don't know what's happened, it's like it was just swept under the rug," she said. "I never thought I was going to get anywhere with police. I mean, my dog can hardly walk, she can barely bark. She's never bit anyone and it kills me the way she died."

Sutherland said police told her the officer followed protocol when dealing with what they thought was a wild animal.

"Show me that in the handbook," Sutherland said. "No one showed me."

Police refused to answer questions about their protocol with wildlife, but previously said the force remains "committed to the humane destruction of wildlife that present an imminent threat to public safety," according to acting Sgt. Lynda Cranney.

"I'm really mad about the whole thing," Sutherland said. "I want something to be done or someone to be held accountable."

The Ontario Society for Prevention and Cruelty to Animals, which is mandated by the province to enforce animal cruelty laws, said it is taking a wait-and-see approach to the current investigation because it involves a law enforcement agency, according to OSPCA Insp. Brad Dewar.