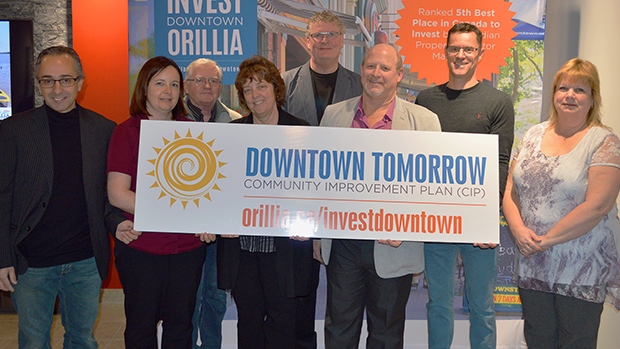 Mayor Steve Clarke announced approximately $60,000 in funding as part of the first intake of the grant program.

The program includes financial incentives designed to stimulate development in the city’s core.

“The Downtown Tomorrow Grant Program allows businesses in the core of our city to undertake projects that they may not have otherwise been able to fund,” said Mayor Clarke. “Council is making a number of strategic investments in the downtown waterfront area and we want to help small businesses do the same. Working together with our local businesses will result in a stronger, more vibrant downtown that will ultimately attract new residents, visitors and businesses to the area.”

Among the first recipients of the grant  is the group behind a micro-brewery at 162 Mississaga Street East. The city is providing a grant of $24,050 for renovations to facilitate the new micro-brewery.

27 Mississaga Street East received $20,570 for the rehabilitation of a unit previously used for the Marvel Beauty School. That will include façade improvements as well as flooring and HVAC installation.

The city is providing $9,600 for renovations of the building at 53 Andrew Street which currently houses the Enertest Corporation.

Crossroads Staffing received a grant of $601 for signage replacement and façade repairs.