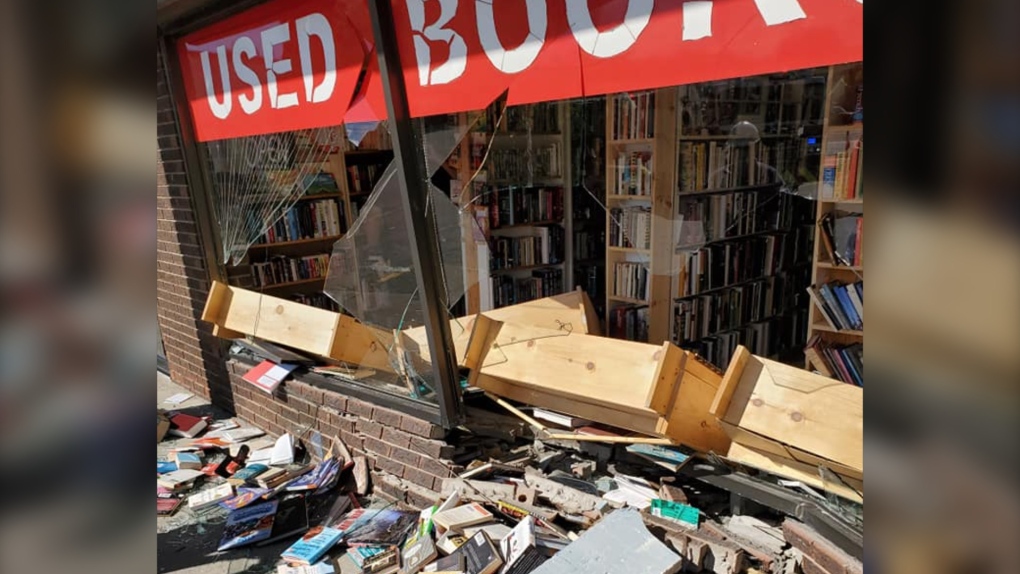 The Book Re-View in Orillia is closed for repairs after a vehicle crashed into its storefront at about 4:30 p.m. Tuesday, July 12, 2022. (Credit/The Book Re-View)

An Orillia book shop is left picking up the pieces after it says a vehicle crashed into its storefront on Tuesday.

On its Facebook Page, The Book Re-View, a used book store, said the crash damaged its front window and display.

The Ontario Provincial Police (OPP) confirmed the incident to CTV News, saying it happened at about 4:30 p.m.

According to the Facebook post, two cats were inside the book store at the time of the incident, but both were accounted for and are okay.

"Thank you for all the prayers and luck we have received in the past three hours. We will keep you updated and in the loop as much as possible," the Facebook post read.

"We are unsure where this will lead us and how we are going to move forward. But again, thank you, especially for all the support and love."

The book store said it would remain closed as it works with the insurance company and begins its repairs.