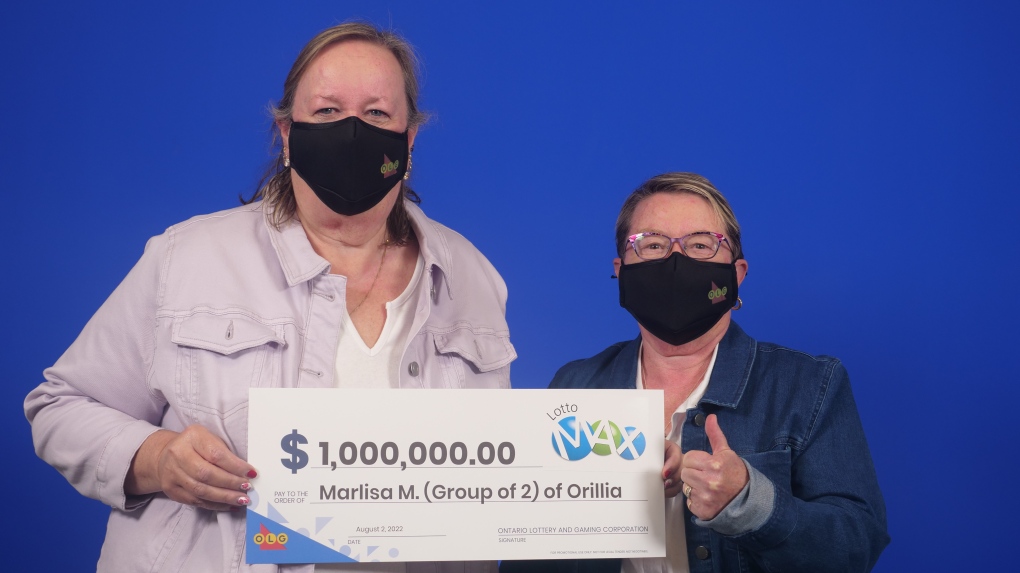 A pair of best friends from Orillia have hit the million dollar jackpot.

According to the lottery, Macqueen checked her ticket while at the grocery store buying raspberries and was shocked to find out she held the winning ticket.

"I saw the Big Winner screen but didn't think we actually won. When the clerk told me OLG was calling, I said, 'But I have raspberries,'" Macqueen told the lottery.

"I was so shaken I brought the grocery cart out to my car for two packs of raspberries. Then I called Marlisa."

The lottery says Mercer is planning to use her portion of the money to renovate her home, and Macqueen is now in the market for a new car.

Both told the lottery they also plan to donate to their local hospice and food bank.

The winning ticket was purchased at Shoppers Drug Mart on Front Street in Orillia.

Along with a high inflation rate, Canadians are also contending with a loonie that's dropping in value. Personal finance columnist Christopher Liew explains the impact this will have on your personal finances, and tips to make your money go further.