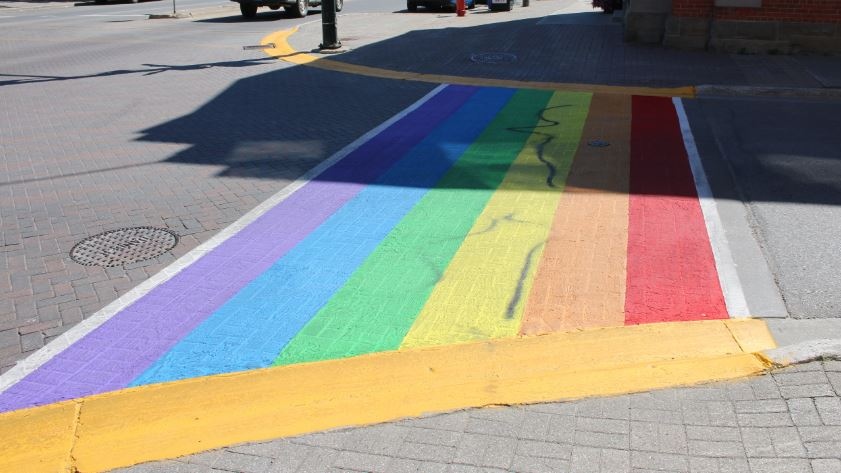 BARRIE, ONT. -- OPP are investigating after the pride crosswalk in Orangeville was defaced. Police also say the same suspect(s) may have also vandalized an alley behind the library with homophobic wording.

Dufferin OPP say it happened Tuesday at the intersection of Broadway and Mill streets.

Officers are now investigating the incident and are asking anyone who might have spotted something suspicious in the area, between 8:45 and 10 o'clock in the evening, to come forward.