OPP "will not apologize" after complaints over activation of Amber Alert 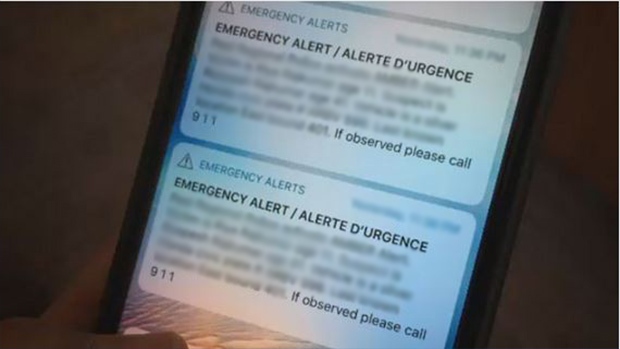 An Amber Alert is activated in this undated image.

An Amber Alert sounded overnight alerting thousands that police were searching for a 70-year-old man and his two grandsons who went missing on Wednesday afternoon.

Police say the trio was found "as a direct result" of the Amber Alert, but still, police say they have received continued complaints about the program.

OPP officers are reminding the public that calling 911 or any emergency service to complain about an Amber Alert waking them is not appropriate.

The decision to sound the alarm with an Amber Alert is based on specific criteria, and police say it is not taken lightly.

There have been five Amber Alerts activated in 2019. As a result, four helped with the safe return of the child or children.

The OPP says it realizes the inconvenience the alert may cause some, but say it "will not apologize" for activating it to locate a child.

They say the only way to not receive these alerts is to turn your cellular device off. However, they warn that doing so will make you unable to get any emergency alerts or calls that could contain imminent danger in your area.