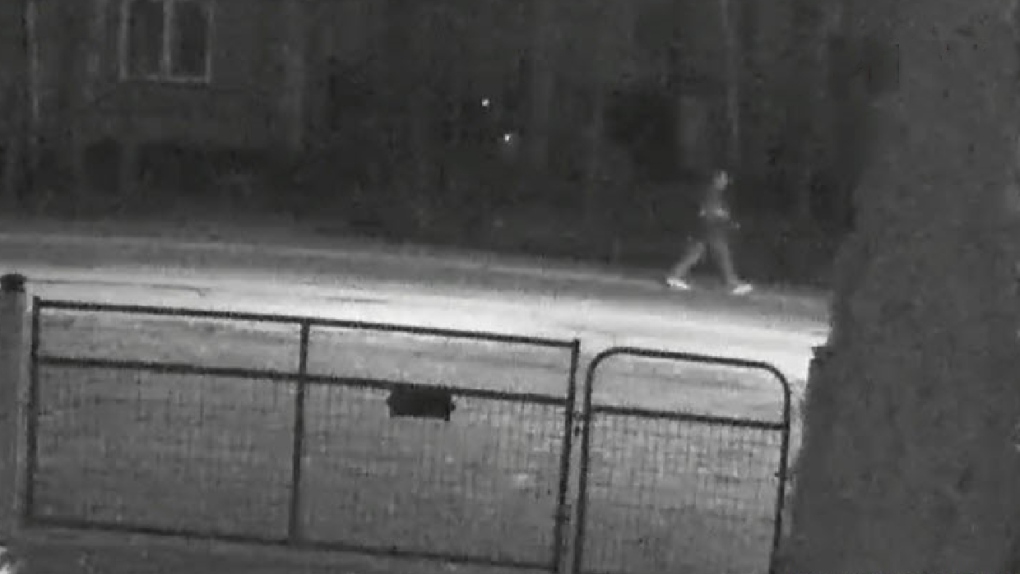 Image released by provincial police of a person of interest on May 2, 2020, on Grant Avenue around 9 p.m. in regards to the alleged murder of a Meaford man. (OPP)

BARRIE, ONT. -- Provincial police are looking to speak with a person of interest who may have information on the death of a Meaford man.

The OPP released surveillance images on Monday of a man on Grant Avenue on May 2 just before 9 p.m.

He was seen walking in the same area again ten minutes later.

Police are asking anyone with information to contact them as they continue to investigate the death of 25-year-old Emerson Sprung.

Sprung was last seen on May 2 leaving his family home on Trowbridge Street West in Meaford on his BMX bike.

His remains were found three days later at the Lakeview Cemetery by the OPP Canine Unit.