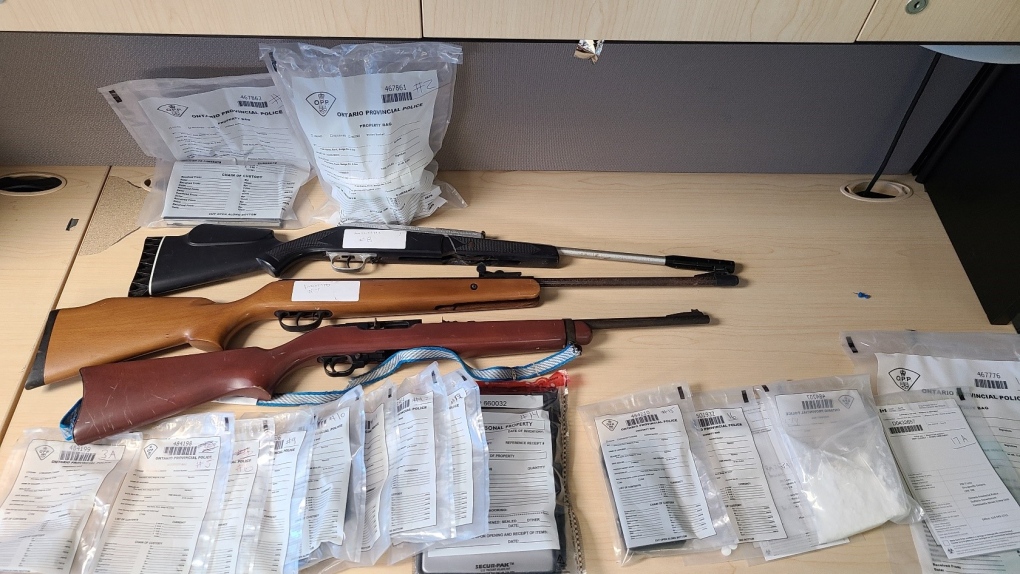 OPP officers and the K9 unit executed a search warrant on Tuesday at the property in East Garafraxa and arrested one man who faces multiple charges.

The accused is charged with eight offences, including possession for the purpose of trafficking, unauthorized possession of a firearm, possessing stolen property under $5,000, and failing to comply with a release order, among others.

Police are encouraging anyone with information on this case to contact Dufferin OPP or Crime Stoppers to remain anonymous.