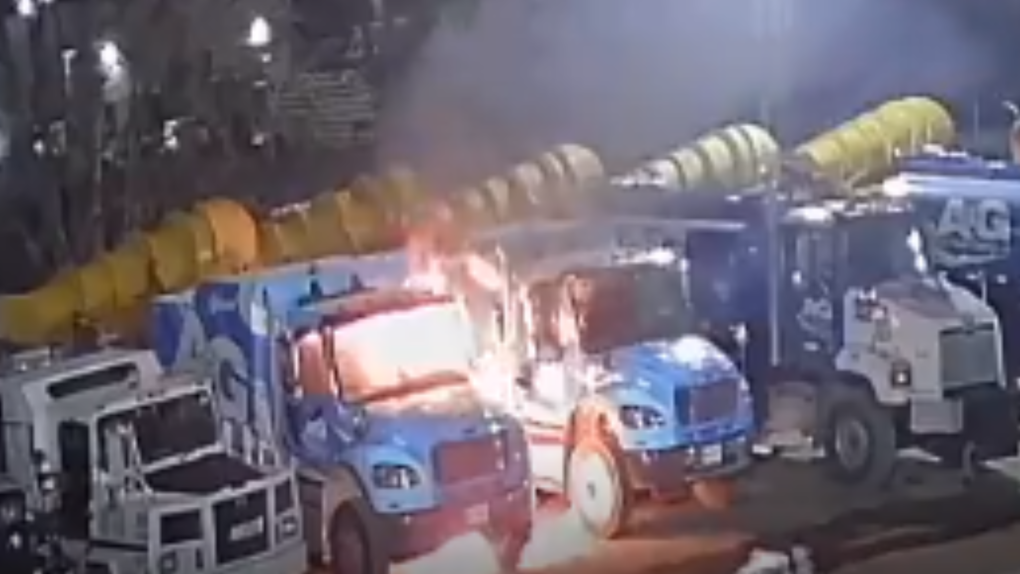 OPP said one of its officers noticed two large trucks on fire on Simpson Road in the Bolton area shortly before midnight on April 29.

Further investigation determined four vehicles received damage from the blaze and that two of the vehicles' cab areas had been "completely consumed."

Caledon Fire and Emergency Services and OPP's Forensic Identification Services are also involved in the investigation.

Canada pledged $50 million to prevent Ukrainian grain from going to waste on Sunday as Prime Minister Justin Trudeau committed to work with G7 nations on further measures to halt the famine caused by the Russian invasion of the embattled country.

Behind prison walls, National Indigenous People's Day was celebrated this month, with inmates at a Manitoba federal prison granted access to music, drumming and sharing circles — positive steps forward to reconnect Indigenous inmates with their culture and rehabilitate a group that is incarcerated at a disproportionate rate.

Hundreds of thousands of people lined the streets of downtown Toronto on Sunday as the city's Pride parade returned for the first time in two years.

Canada's chief of defence says Russia's invasion of Ukraine is going to change the course of history.

A Dalhousie University team of scientists — in a joint venture with a company called Planetary Technologies — is now in the next phase of their research to use the power of the ocean to one day reduce the world’s carbon levels.

David Cohen has been the United States' Ambassador to Canada since November 2021, and in the time since, both Canada and the United States have experienced a series of shared challenges. In an interview at his official residence in Ottawa, Cohen opens up about the state of the relationship.

The abortion decision in the U.S. marked the apex in a week that reinforced former U.S. President Donald Trump's ongoing impact in Washington more than a year and a half after he exited the White House.