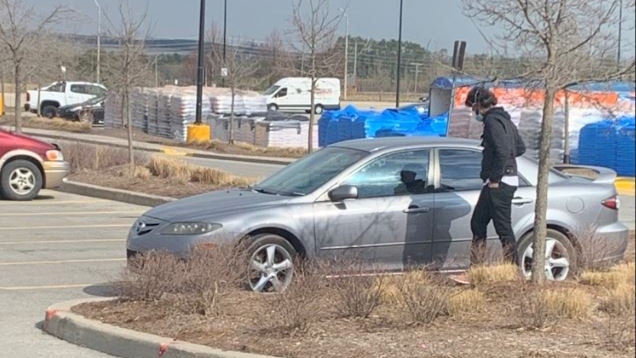 OPP say a man was spotted driving a stolen car outside a business in Alliston, Ont. on Fri. April 12, 2021 (Supplied)

BARRIE, ONT. -- Ontario Provincial Police are trying to put a name to the face of a man spotted driving a stolen car in Alliston.

The man wound up on police radar Friday after a complaint that he'd been watching females around a business on Dunham Drive Friday afternoon.

Police say he left the area in a grey car with Florida licence plates which had been reported stolen in Peel Region the day before. The 2007 Mazda 6's plates read PIAM99.

The OPP says anyone who spots the man should call them rather than approaching him on their own.