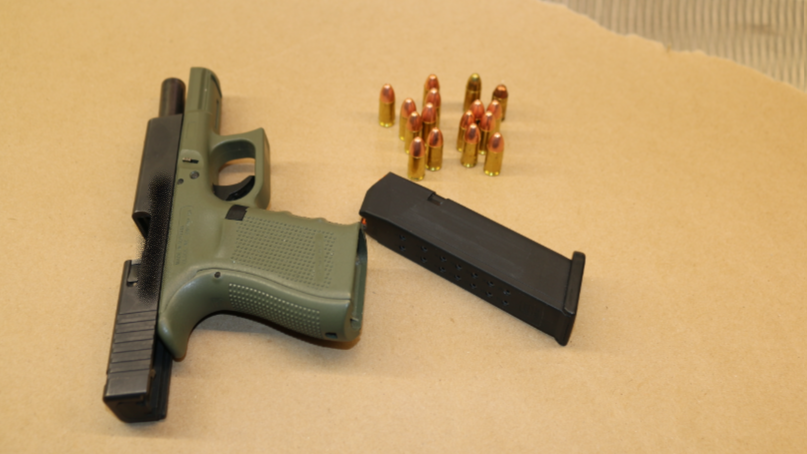 Police say one individual gave a phoney name when officers stopped the vehicle on West Street North on Wednesday night.

That led to his arrest and a vehicle search, where police say they also found a can of bear spray. It is strictly prohibited to spray anyone with bear spray in Canada.

Along with a series of weapons offences, a 19-year-old man from North York is charged with obstructing a peace officer and four counts of failing to comply with a release order. He faces a total of 18 charges.

Both were held for a bail hearing scheduled for Thursday in Barrie.

A fragile ceasefire deal to end nearly three days of fighting between Israel and Palestinian militants in Gaza held into Monday morning -- a sign the latest round of violence may have abated.

Hope for 'significant change' in all of sports following Hockey Canada board chair's resignation: lawyer

The recent resignation of Hockey Canada's board chair could be a sign of further departures to come, says Simona Jellinek, a sexual abuse and assault lawyer.

The first of the ships to leave Ukraine under a deal to unblock grain supplies amid the threat of a global food crisis arrived at its destination in Turkey on Monday.