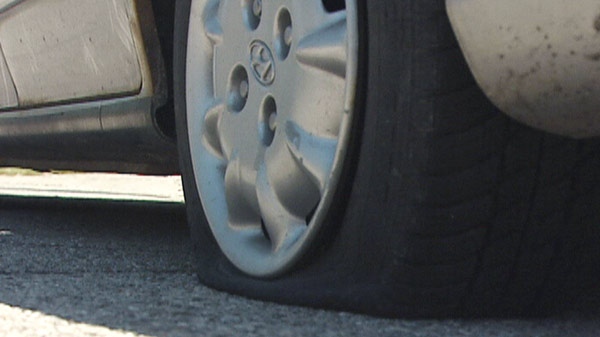 Bracebridge OPP is investigating after several vehicles were damaged in a parking lot in Gravenhurst overnight on Friday.

Police say they responded to a call around 2:20 a.m. because the tires on nine vehicles were deflated after having been deliberately slashed in the area of Muskoka Road and Brock Street.

Officers say they were called to the same area a few hours earlier for a fight that had broken out and involved multiple patrons from a nearby bar.

They say several people were refused re-entry to the establishment.

It's not known if these incidents are related.

Police are investigating and ask anyone with information to contact the Bracebridge OPP.