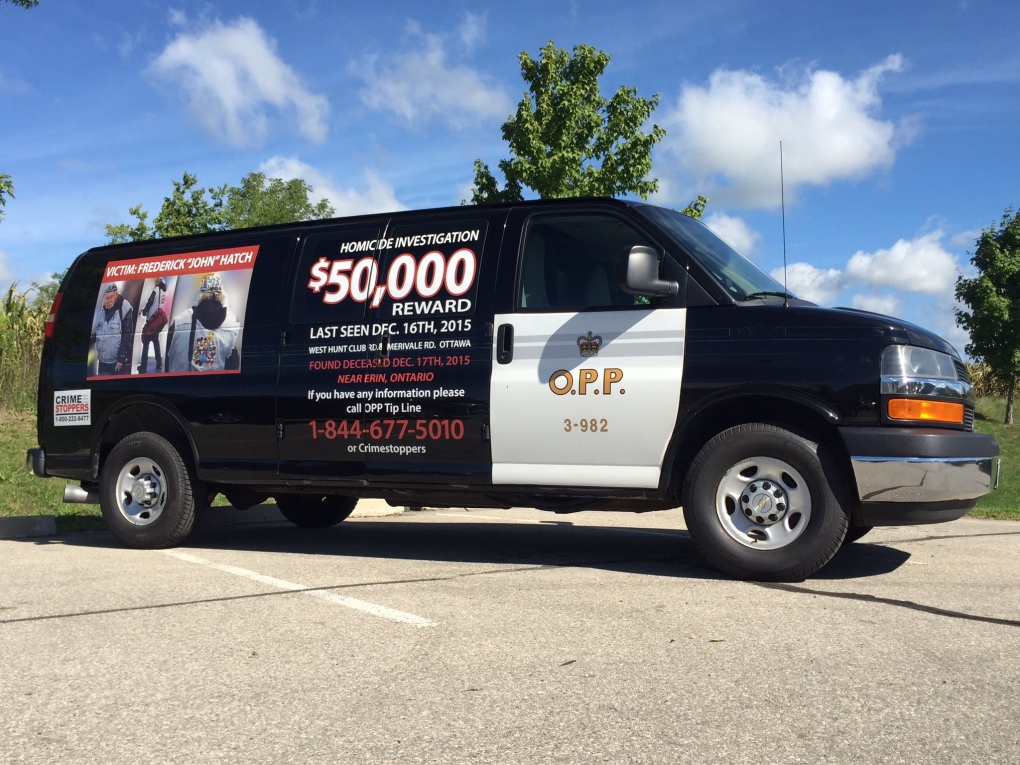 The OPP van traveling around Ontario to raise awareness of the unsolved murder of Frederick Hatch is pictured on Monday, Aug. 29, 2016. (Victoria Levy / CTV Kitchener)

A van containing information about a man found dead in a town just outside of Caledon last December will be making its way around Ontario.

On Dec. 17, Frederick John Hatch was found dead in a wooded area near Wellington Road 124 and the 10th Line in the Town of Erin.

Police have been able to trace his movements up to the previous day, when he was seen on surveillance cameras at a dollar store in the Ottawa-area community of Nepean.

In that footage, he was seen wearing a black leather jacket, a denim vest with pictures of Disney characters, a blue and white bandana, blue jeans, glasses and black Harley Davidson boots, and carrying a red duffel bag.

Hatch’s death has been deemed a homicide. The information that led police to deduce this has not been made public.

Investigators likewise haven’t said how the 65-year-old travelled to Erin – he was known to hitchhike – and whether he was alive or dead at the time.

In an effort to drum up more information that could help investigations, the Ontario Provincial Police unveiled a “moving billboard” on Monday – a police van outfitted with details of Hatch and the investigation, which will move from community to community between Eriun and Nepean.

In a press release, the OPP called it an “unprecedented approach” to investigating a homicide, and said the van would move into a new community every week.

The province has also issued a $50,000 reward for information leading to the conviction of the person or people responsible for Hatch’s death.