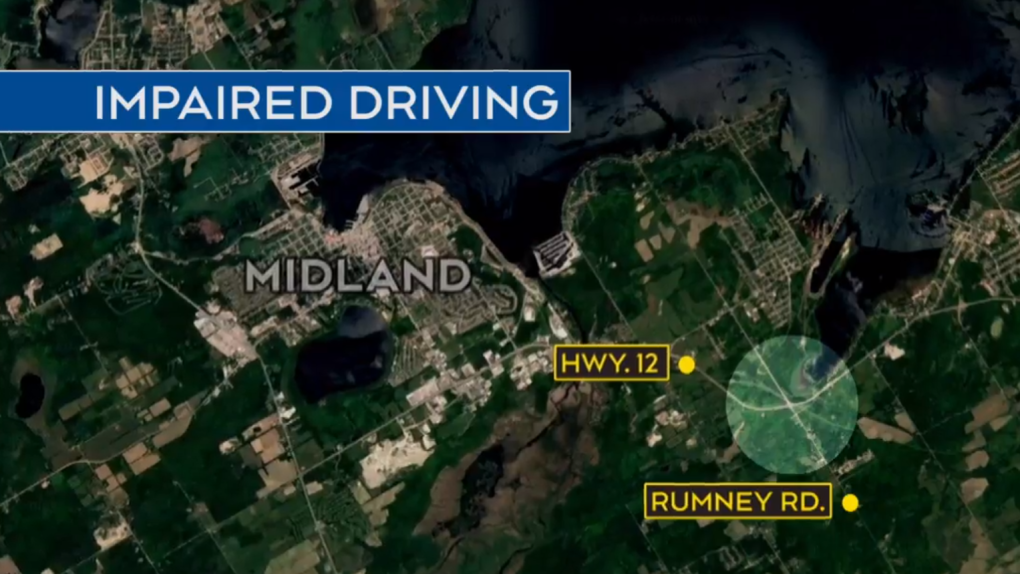 OPP charged a man with impaired driving in Tay Township on May 14.

BARRIE, ONT. -- One person is facing charges after being pulled over for allegedly being intoxicated behind the wheel.

Two OPP Southern Georgian Bay marine officers were on route to a call Friday afternoon around 3:30 p.m. when they observed a vehicle being driven erratically on Highway 12 at Rumney Road in Tay Township.

Following a brief drinking and driving investigation, a 31-year-old from Midland faces two charges, one of operation while impaired and a second of having a blood alcohol concentration level above 80.

The individual also had their licence suspended for 90 days and had theirvehicle impounded for one week. They were released and are expected to appear in court in Midland on May 27.