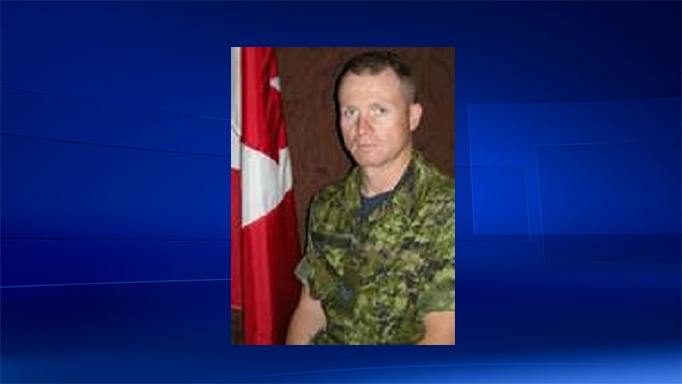 Master Cpl. David Anderson can be seen in this undated photo supplied by the Canadian Armed Forces on Saturday, Nov. 28, 2015.

An Angus man has been charged in connection to a crash that killed a member of CFB Borden.

On Tuesday, OPP charged the 26-year-old with dangerous operation of a motor vehicle causing death. The charge stems from a crash on Nov. 27 that killed Master Cpl. David Anderson.

Provincial police say the accused was driving a pickup truck, when he failed to adhere to a stop sign at the intersection of 5th Line and Centre Street in Angus.

According to investigators, the pickup then collided with an SUV that was being driven by Anderson. The 45-year-old was pronounced dead at the scene.

Anderson was an avionics systems technician with the 400 Tactical Helicopter Squadron and had served with the Canadian Armed Force for 18 years.