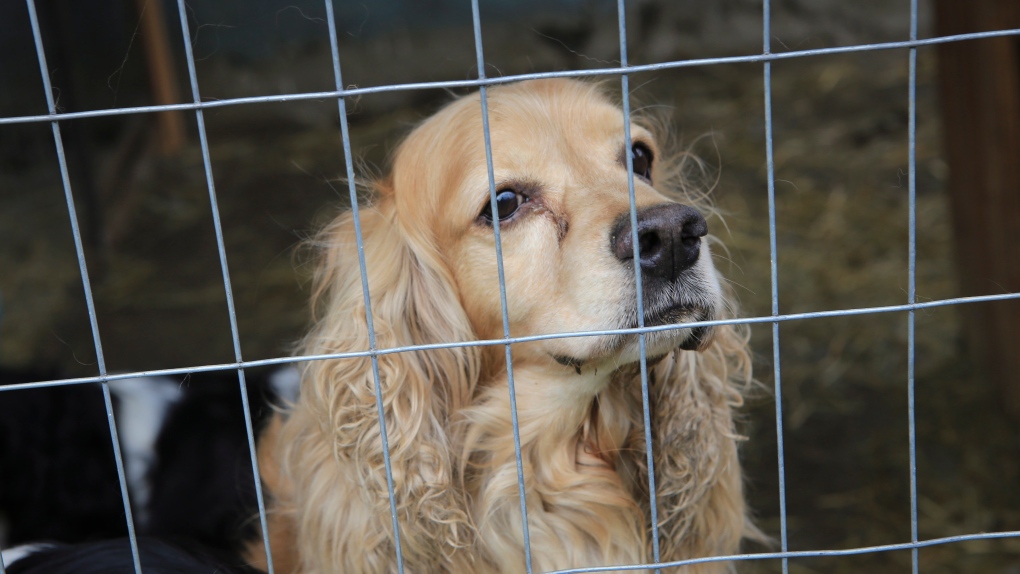 In this image released on Wednesday, July 23, 2014, a cocker spaniel is shown shortly before being rescued from a puppy mill in Estrie, Quebec. (Francis Vachon/AP)

Humane societies in Ontario may be allowed to enforce animal cruelty laws once the province's animal welfare charity abdicates its role next month.

A spokesman for Solicitor General Sylvia Jones says the move is a transitionary measure until the government comes up with new legislation in the fall.

The Ontario Society for the Prevention of Cruelty to Animals told the province in March that it would no longer enforce animal cruelty laws, as it has done since 1919.

In early January, a judge ruled the province erred when it gave the OSPCA policing powers without also imposing accountability and transparency standards.

The province pays the private charity $5.75 million annually, but that contract expires on June 28.

The government has also launched an online survey where the public can share their thoughts on a new animal welfare system.