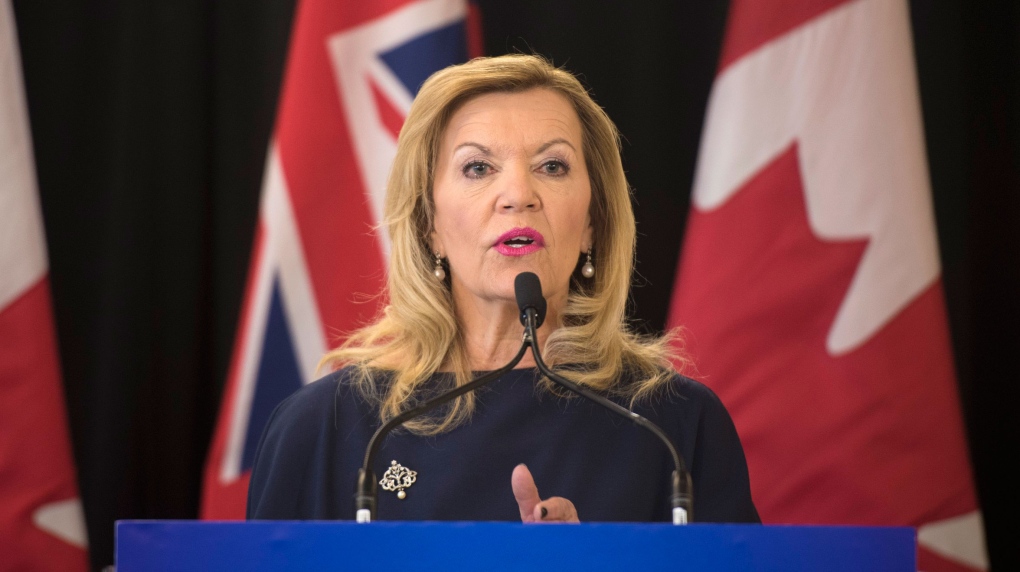 Christine Elliott openly disagreed with the messaging promoted by Vaccination Choice Canada, a group that urges people to get educated about the risks of immunizations.

The organization launched a massive ad campaign across Toronto last Thursday, with four messages set to rotate over more than 50 digital billboards for two weeks.

The ads, set to broadcast in prominent locations around the city, include messages such as "educate before you vaccinate," "what are the risks?" and "how many is too many?"

Elliott says there's a lot of public misinformation about vaccinations, adding the government will continue to urge people to be vaccinated against a variety of conditions.

A spokesman for the group behind the campaign says the campaign is meant to encourage parents to educate themselves on vaccines, but Public Health Toronto described the blitz as based around "half-truths."