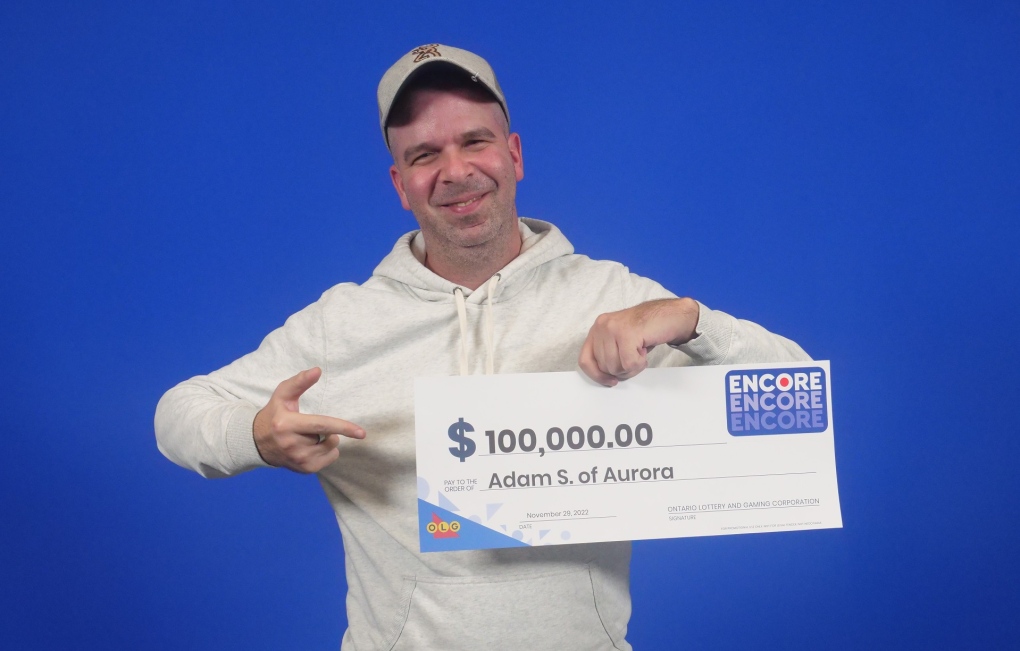 An Aurora resident hit big after he matched the last six of seven Encore numbers in the Oct. 14 Lotto Max draw.

"When I checked my ticket on the OLG App, I saw 'Congratulations – Big Winner,'" he shared while at the OLG Prize Centre in Toronto.

"I never saw that before, so I restarted my phone to check again. After the fourth or fifth time scanning it, I realized I actually did win $100,000."

He said the first thing he did was call his family.

"Everyone was so shocked and happy for me," he said. "It almost feels like I am floating on air. It's a rush – this whole experience is very special. It's hard to explain."

Stesco said he plans on paying off bills, setting up investments and taking a trip to Europe.

He bought his ticket at Wellington Mini Mart in Aurora.

Loblaw will not be extending its price freeze on No Name brand products, but vows to keep the yellow label product-pricing flat 'wherever possible.'

The maker of ChatGPT is trying to curb its reputation as a freewheeling cheating machine with a new tool that can help teachers detect if a student or artificial intelligence wrote that homework.

More than five years since Canada’s Competition Bureau began an investigation into an alleged bread-price fixing scheme, no conclusions have been drawn nor charges laid. As the watchdog is now probing whether grocery stores are profiting from inflation, one expert says the effectiveness of its tools are in question.

The United States is filing another formal dispute over what it considers Canada's failure to live up to its trade obligations to American dairy farmers and producers.

Boeing bids farewell to an icon on Tuesday: It's delivering its final 747 jumbo jet.

A cave in Banff National Park has been recognized as a globally significant location thanks to a tiny creature found inside.