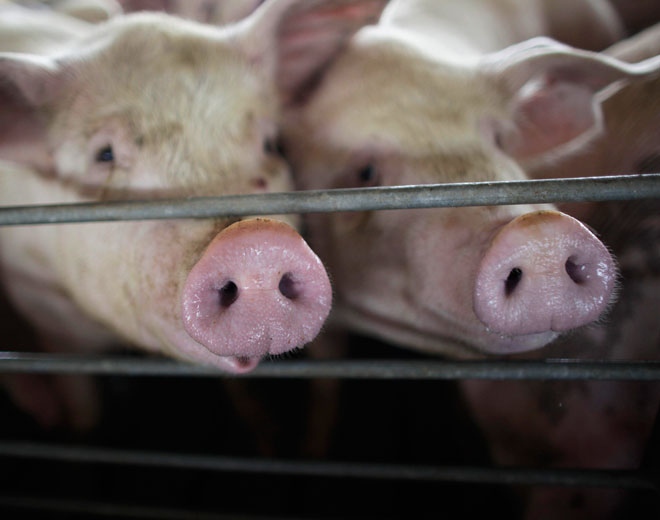 File image of pigs on a farm. (AP/Alexandre Meneghini)

TORONTO -- Ontario has introduced a new bill that the government says will protect farmers from aggressive animal rights activists.

The bill -- dubbed the Security from Trespass and Animal Safety Act -- passed first reading in the provincial legislature today.

If adopted, the law would increase fines for trespassing on farms and food processing facilities and make it illegal to obstruct trucks carrying farm animals.

Livestock producers have been pressing the government to prosecute those who trespass on their properties and aggressively protest at processing plants.

Animal rights activists have said they are worried the bill could result in the government trampling their rights.

This report by The Canadian Press was first published Dec. 2, 2019.