Captured in a photo by Wreckhouse Press and shared worldwide, the image shows the blue home teetering on the edge of a cliff before being swept into the sea.

For Peggy and Josh Savery, the now iconic photo is a reminder of everything they've lost.

"It breaks you every time you see it because it's still so surreal. It's hard to believe," Peggy said.

Peggy and her family are among dozens in the small coastal town of Newfoundland sifting through storm wreckage that carved out a path of destruction across parts of Atlantic Canada and eastern Quebec.

"For us, we lost everything, but I can't even explain the devastation that others have gone through," Peggy said.

The family moved to Newfoundland three years ago. The 80-year-old home represented a dream of a coastal retirement.

"We wholeheartedly believed that once the wind passed, made a splash, and it was done we would be going back to our house the next day. No one expected this level of devastation," Josh said. 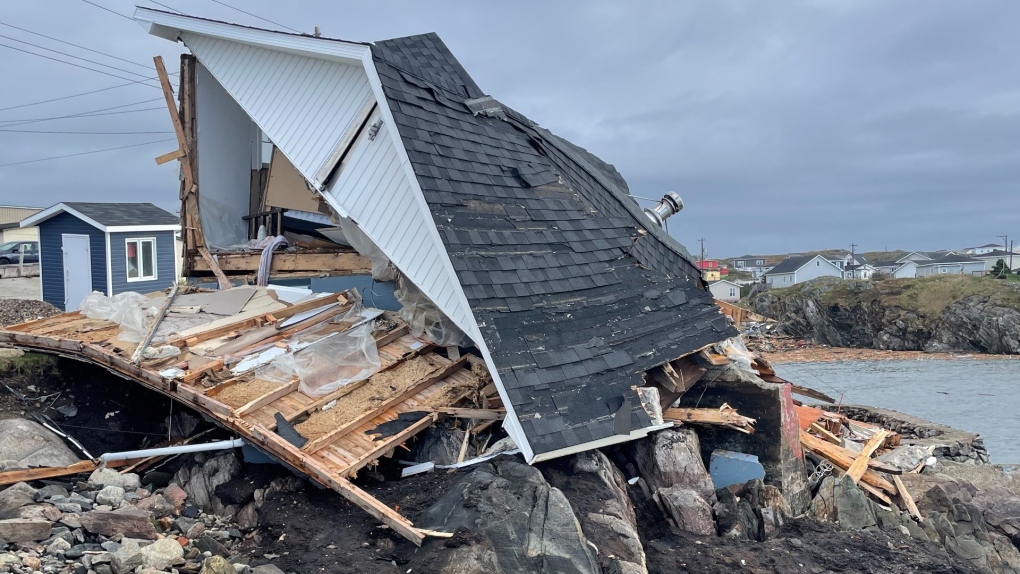 While the community pulls together, Peggy's former colleagues at Ardagh Bluffs Public School in Barrie are offering their support.

"It really came down to Peggy supporting all the kids and staff at our school, and I'm here today to help her," said Greg Harris, former Ardagh Bluffs Public School teacher-librarian.

A GoFundMe campaign created by one of Peggy's sons is being shared far and wide.

"It's really hard for people here, away from them, to know how to help them. I mean, everything is gone," said Allison Thomas, former principal at Ardagh Bluffs Public School.

Washed away by Fiona, Peggy hopes the money will also help others as the road to recovery is expected to be long.

"It's not something we know where it's going yet, but it's definitely not just about us," Peggy said.

As of Thursday afternoon, nearly $27,000 had been raised.

Peggy said it's too early to know if they'll rebuild as they piece their lives back together.

CTV News in Pakistan: Afghans forced out of their homeland now homeless

CTV National News Executive Producer Rosa Hwang shares what she witnessed during a visit to a refugee camp in Pakistan, where Afghan children live in flimsy tents set up in a park, without the basics like running water or enough food, with only their mothers for protection.

Despite warm and mild temperatures stretching on throughout most of the fall season, the wrath of winter may be coming soon, experts say. But frigid temperatures aren’t expected to last.

Smith tables controversial sovereignty act, which is 'likely' to survive in court

Danielle Smith introduced the Sovereignty within a United Canada Act in the legislature Tuesday while trying to reassure Albertans that it has nothing to do with leaving the country.

The Bank of Canada lost $522 million in the third quarter of this year, marking the first loss in its 87-year history. In the central bank's latest quarterly financial report, it says revenue from interest on its assets did not keep pace with interest charges on deposits at the bank.

Ten food trend predictions for 2023, according to Yelp

What trendy things will we be eating and drinking next year? Predictions for the top 10 food and beverage trends of 2023 were revealed recently by review site Yelp.

When a B.C. metal artist was asked to create a giant sculpture with Elon Musk's head on the body of a goat riding a rocket he had no idea who would want to create such a thing or why.

A disciplinary case was opened against Croatia at the World Cup on Tuesday after the team's fans taunted a Canada player with Serbian family ties.

San Francisco will allow police to deploy robots that kill

Supervisors in San Francisco voted Tuesday to give city police the ability to use potentially lethal, remote-controlled robots in emergency situations -- following an emotionally charged debate that reflected divisions on the politically liberal board over support for law enforcement.

Thousands asked for it while he was leader and now Jason Kenney has done it, announcing his resignation as a member of the Alberta legislature on social media Tuesday.