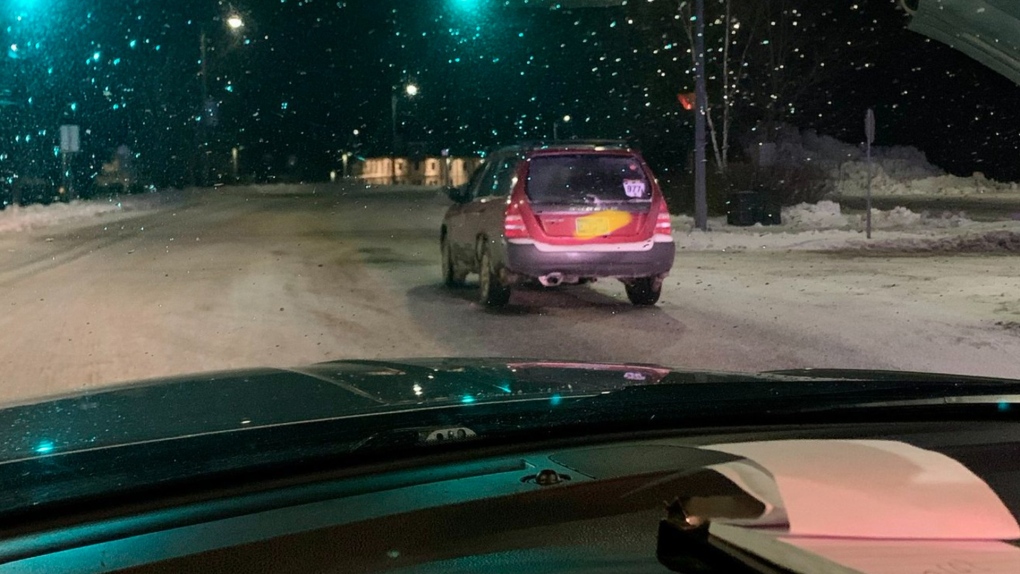 Ontario police have arrested a man in Gravenhurst after finding him stopped in the middle of an intersection eating chicken wings behind the wheel. He has since been charged with impaired driving and failing to remain at the scene of a collision.

A Bracebridge OPP officer responded to a call shortly after 9 p.m. Tuesday about a vehicle that collided with another car on Muskoka Road 169 and left the scene, according to a press release.

About 30 minutes later, police said they received a second call about a stopped vehicle in an intersection on Muskoka Road 169.

Officers say they arrived on the scene and found the man behind the wheel finishing his chicken wings.

"He was completely unaware of the collision," the OPP said in the release.

Police charged the 67-year-old Muskoka Lakes man with impaired operation and failing to report an accident. He is scheduled to appear in court in January 2022.

Ontario woman says daughter was discriminated against over face mask

An Ontario woman believes her daughter was discriminated against after she was allegedly kicked out of a local activity centre over her choice to wear a face mask.

Canadians may find a lot of long faces at the pump heading into the long weekend as gas prices across the country remain high.

Ten children in Canada were found to be suffering from acute severe hepatitis not caused by known hepatitis viruses over a nearly six-month period recently, the Public Health Agency of Canada announced Friday.

'Hurts like hell': What goes into the price of gas in Canada

With the price of gas rising above $2 per litre and setting new records in Canada this year, CTVNews.ca looks at what goes into the price per litre of gasoline and where the situation could go from here.

'This is an unusual situation': Feds monitoring monkeypox cases in Canada

Canada's Chief Public Health Officer Dr. Theresa Tam says the federal government is monitoring monkeypox cases and their chains of transmission after two cases were confirmed in this country.

'Fight for a stronger Alberta': Kenney comments for first time since announcing resignation

Premier Jason Kenney spoke publicly Friday for the first time since dropping the bombshell announcement that he plans to step down as UCP leader and premier of Alberta.

WHO calls emergency meeting as monkeypox cases cross 100 in Europe

The World Health Organization was due to hold an emergency meeting on Friday to discuss the recent outbreak of monkeypox, a viral infection more common to west and central Africa, after more than 100 cases were confirmed or suspected in Europe.

On the heels of news that Canada is banning Huawei Technologies and ZTE from participating in the country’s 5G wireless networks, Prime Minister Justin Trudeau said the decision wasn't easy to make. The prime minister also defended the timing of the decision, saying that while it will be years before all use of products from these Chinese companies will be outlawed, it's happening before the country is even more interconnected by the next-generation telecommunications infrastructure.

Russia claims to have taken full control of Mariupol

Russia claimed to have captured Mariupol on Friday in what would be its biggest victory yet in its war with Ukraine, following a nearly three-month siege that reduced much of the strategic port city to a smoking ruin, with over 20,000 civilians feared dead.