One person injured in multi-vehicle collision in Innisfil 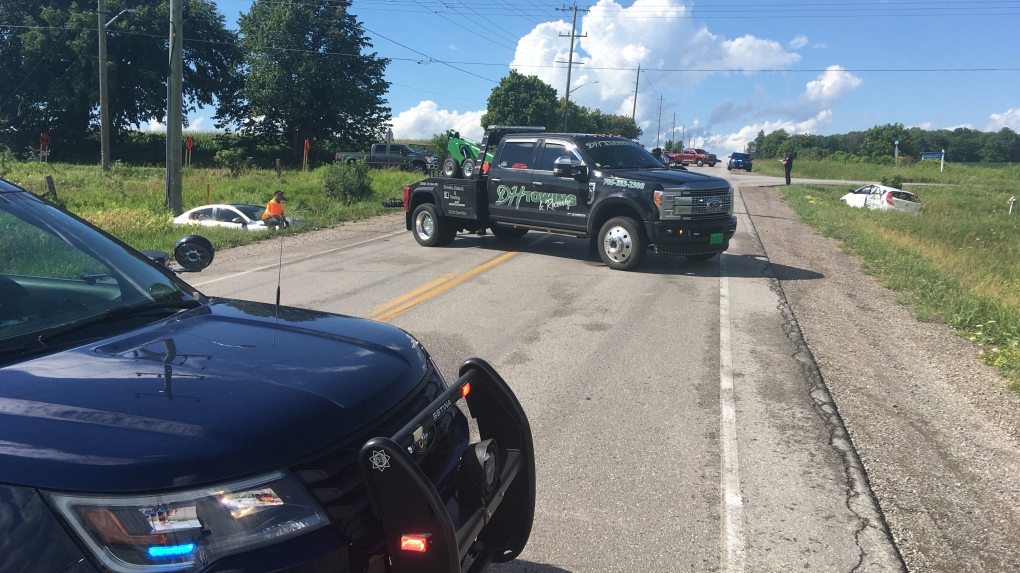 BARRIE, ONT. -- A serious collision involving three vehicles north of Lefroy sent one person to the hospital on Wednesday afternoon.

The crash happened at the intersection of the 6th Line and 20th Sideroad in Innisfil.

He says that airbags were deployed, but the collision did not appear to be life-threatening.

Anyone with any information about the crash or who may have dashcam video is asked to contact South Simcoe Police.

Police are investigating what happened to cause the multi-vehicle collision.