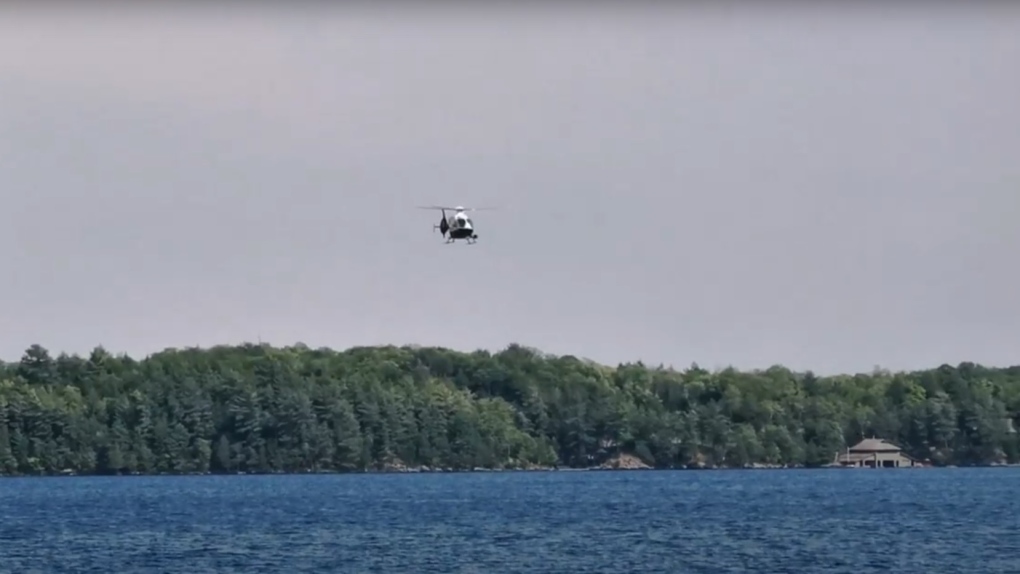 BARRIE, ONT. -- One man is dead after a crash between a rowing scull and personal watercraft on Lake Muskoka.

The two vessels collided near Scarliffe Rd on Sunday afternoon.

The man in the rowing scull slipped beneath the water after impact. OPP divers later recovered his body.

The victim has been identified as a 58-year-old Toronto man.

There were two people on the personal watercraft at the time of the crash. The extent of their injuries is not known, but at least one person was taken from the scene to the hospital.

Investigators are not able to say what caused the crash.

OPP Sgt. Jason Folz calls this a “terrible weekend for deaths in the region.”

At least two other people lost their lives in local waterways.

Early Sunday morning, a 40-year-old man was pulled from Six Mile Lake in front of a summer home. Life-saving efforts failed, and the man was pronounced dead.

The cause of his death is not known, but police do not believe it to be suspicious.

Another man was found dead in the Muskoka River Sunday afternoon.

OPP had been searching for him since Saturday when he went missing during a walk. His death remains under investigation.