CTV's Lexy Benedict had no idea that some deer decided to photobomb her during the live broadcast.

Benedict was unknowingly upstaged as the deer decided to forage, walking right behind her and stopping just inside the camera's framing, one even looking directly at the camera. 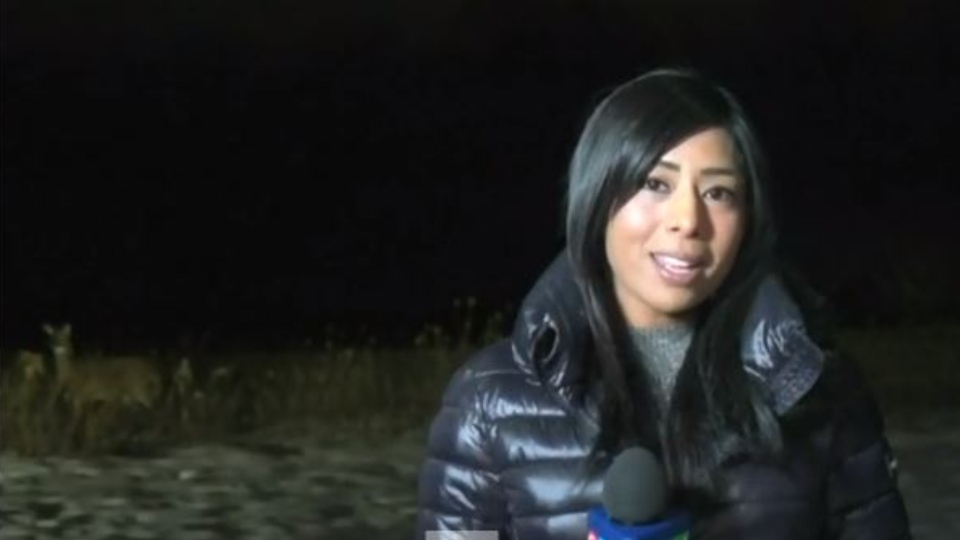 Deer are a common sight around the station on Beacon Road, along with wild turkeys, rabbits, groundhogs, and a stray cat that the late Bob McIntyre fondly named Mrs. Mittens because of her black paws on her white body.

Last autumn, a large eagle swooped down beside a very frightened weather specialist, who wishes to remain nameless. But KC says he's pretty sure it wasn't about to feast on him.

There's also a fox who wanders around and appears always to have a smile on his face.  An elusive groundhog is only spotted a couple of times a year but appears to be well fed.

Watch closely, and you could spot more wildlife making a cameo during a live CTV News broadcast.