OFM searches for cause to fire that killed woman, four pets 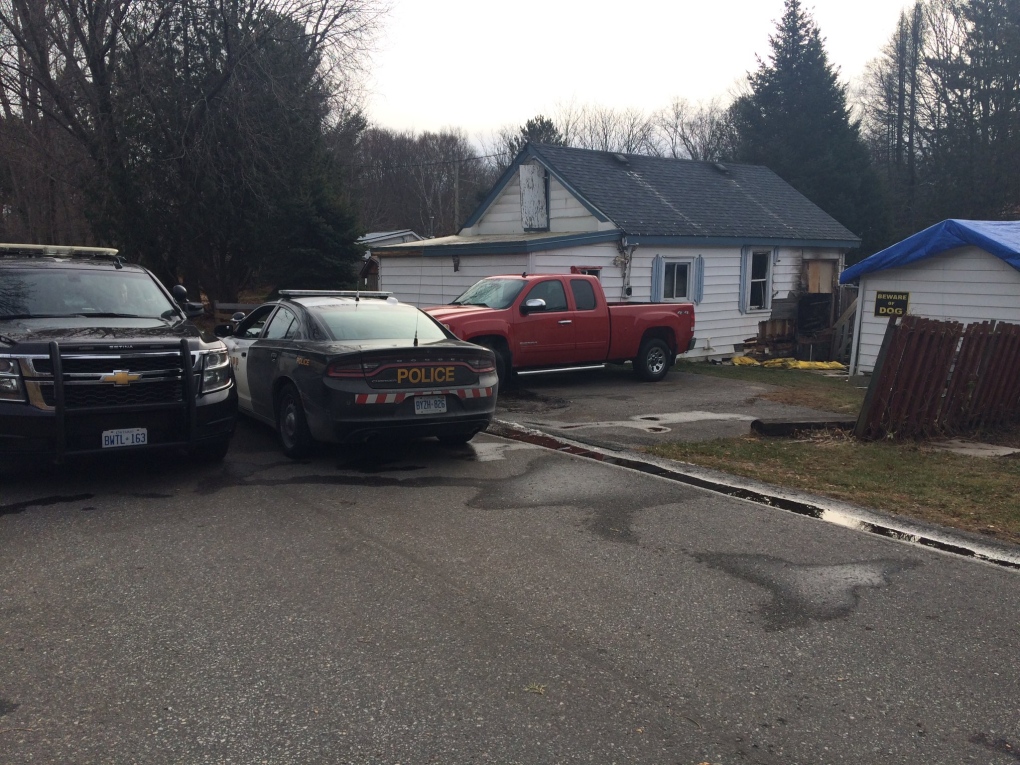 Emergency crews can be seen at a fatal fire in Gravenhurst, Ont. that claimed the life of a woman and her four pets on Wednesday, Nov. 23, 2016. (Mike Walker/ CTV Barrie)

The investigators into a fire that claimed the life of a woman and her pets is still ongoing.

The Ontario Fire Marshal’s Office wrapped up their investigation at the scene on Thursday. OFM officials say they’re still waiting for evidence to be processed, but believe the blaze started in the living room.

The fire broke out on Wednesday morning at a home on North Street in Gravenhurst.

April Doubleday, 48, was pulled from the home by police, but she was later pronounced dead at the scene. Four pets also died in the fire.

The cause is not believed to be suspicious.