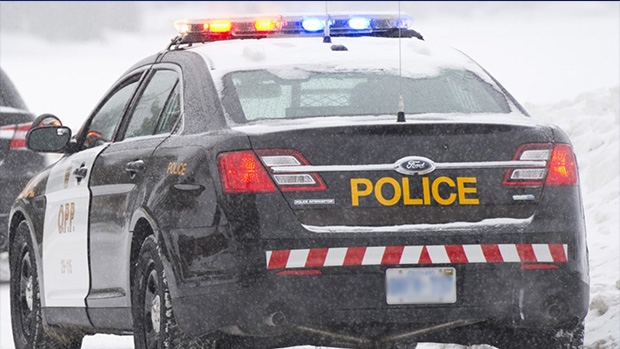 A police cruiser pulls over a vehicle in this stock image.

Provincial police say an employee at a retail store on Simcoe County Road 93 started tailing the two men who allegedly left the store in a hurry on Monday afternoon.

Police say a couple of off-duty officers took over the pursuit, following the suspect to a fast-food restaurant and arrested the duo.

The OPP says a uniformed officer found items from the retail store in the accused's possession.

The two suspects, ages 30 and 40, were charged with shoplifting and possession of stolen property offences.

Police say the 40-year-old Midland man was also found to have violated his probation and was consequently charged for that offence.

He was held in custody for a bail hearing.

Both of the accused have a future court date scheduled.

The OPP is asking anyone with further information on this incident to contact them or Crime Stoppers.