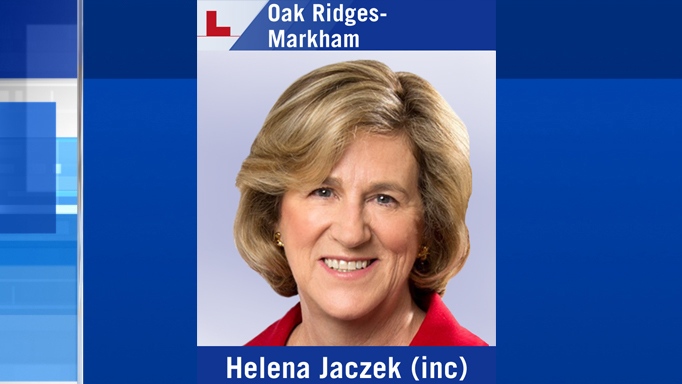 Liberal MPP Helena Jaczek has been re-elected in Oak Ridges-Markham.

Liberal incumbent Helena Jaczek has been re-elected in Oak Ridges-Markham.

Jaczek is the Parliamentary Assistant to the Minister of Health and Long-Term care and Member Social Policy and Public Accounts committees, all since February of 2013. She also has been Caucus Chair since Nov. 11, 2011.

Elected in 2007, Jaczek had been Commissioner of Health Services and Medical Officer of Health for York Region with a budget of over $80 million and over 1000 employees. Born in England, she came here in 1963; getting an MSc in health science and medical degree from U of T and MA in business administration from York.

She practised 11 years at Etobicoke Medical Centre, Women’s College Hospital and Windsor-Essex health unit then joined York Region where she worked over 18 years. Jaczek lectured at U of T, served on the Association of Local Public Health Agencies, helped found the Ontario Health Providers’ Alliance and served on medical councils and societies.

She was awarded the Distinguished Service Award in 1996 by the Association of Local Public Health Agencies.

Jaczek has two children, and lives with her partner Hershel Weinberg.

The riding contains the northern half of Markham and towns of Richmond Hill and Whitchurch-Stouffville.

It’s central to the Oak Ridges Moraine, which supplies fresh water to a lot of greater Toronto. The area wants manufacturing that is environmentally sound.

Whitchurch-Stouffville is an affluent town that has grown in and around the Vivian forest with its 5,000 acres of reforested land. It is home to three major gravel and sand pits. Those sites supply a large aggregate sector the town hopes to protect while also protecting the Moraine and its ability to supply water to the area.

Both it and Richmond Hill have lots of parkland and hiking trails and little industry and are considered bedroom communities to Toronto. Almost all residents commute to work.