No injuries in Muskoka fire that destroyed cottage and adjacent bunker

No injuries in Muskoka fire that destroyed cottage and adjacent bunker 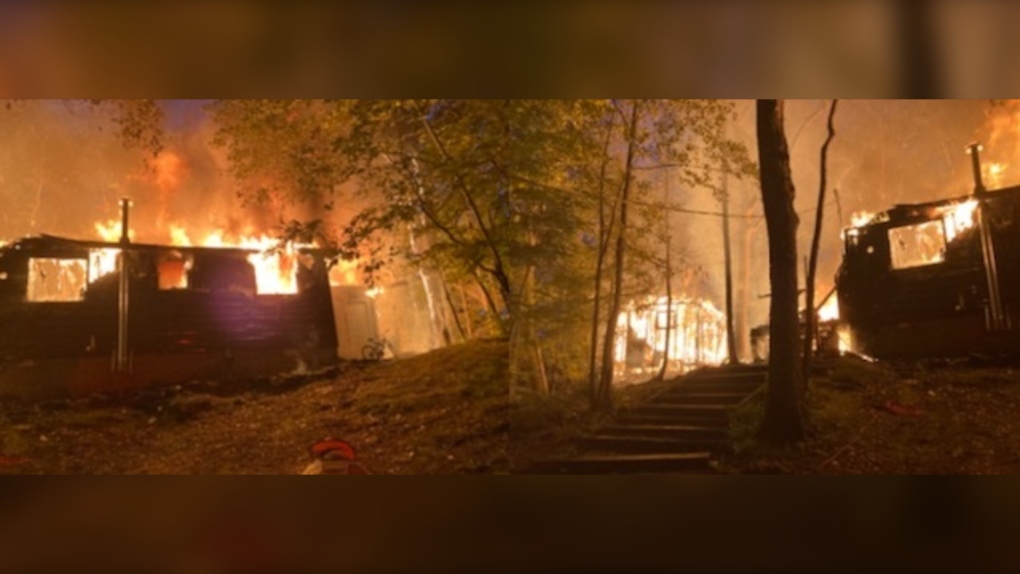 No injuries were reported after a fire destroyed a cottage and adjacent bunker in Port Carling Saturday, June 9, 2022. (Provided/Ryan Murrell)

A cottage and an adjacent bunker in Muskoka were destroyed by fire Saturday night.

According to Muskoka Lakes Fire, the crew was notified of the blaze on Tamarack Trail in Port Carling at 9 p.m.

When firefighters arrived, the structures were fully engulfed in flames along with wires heading onto the property, making accessing the area challenging.

Crews had the fire under control by 10:30 p.m. and were able to put it out completely at about 3 a.m.

Everyone inside the home was able to get out safely, fire says.

It’s believed the fire started under the deck while someone was cooking outside. The cost of damage is yet to be determined.

Further investigation into the fire is underway.