BARRIE, ONT. -- Firefighters battled a massive blaze in Gravenhurst early this morning as flames overwhelmed a cottage and thick, black smoke billowed into the sky.

Viewer video shows the cottage, located in the area of Highway 169 and McKenzie Road, being destroyed by the blaze. 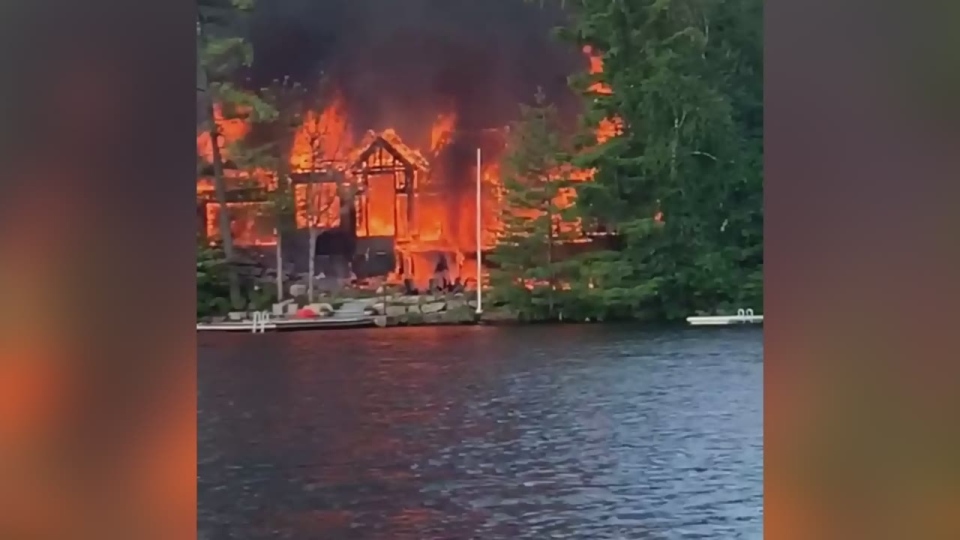 The cottage was newly built and close to completion at the time of the fire.

There is no word on what may have caused it and damage is estimated at $2.5 million.

The Ontario Fire Marshal has been called to investigate.