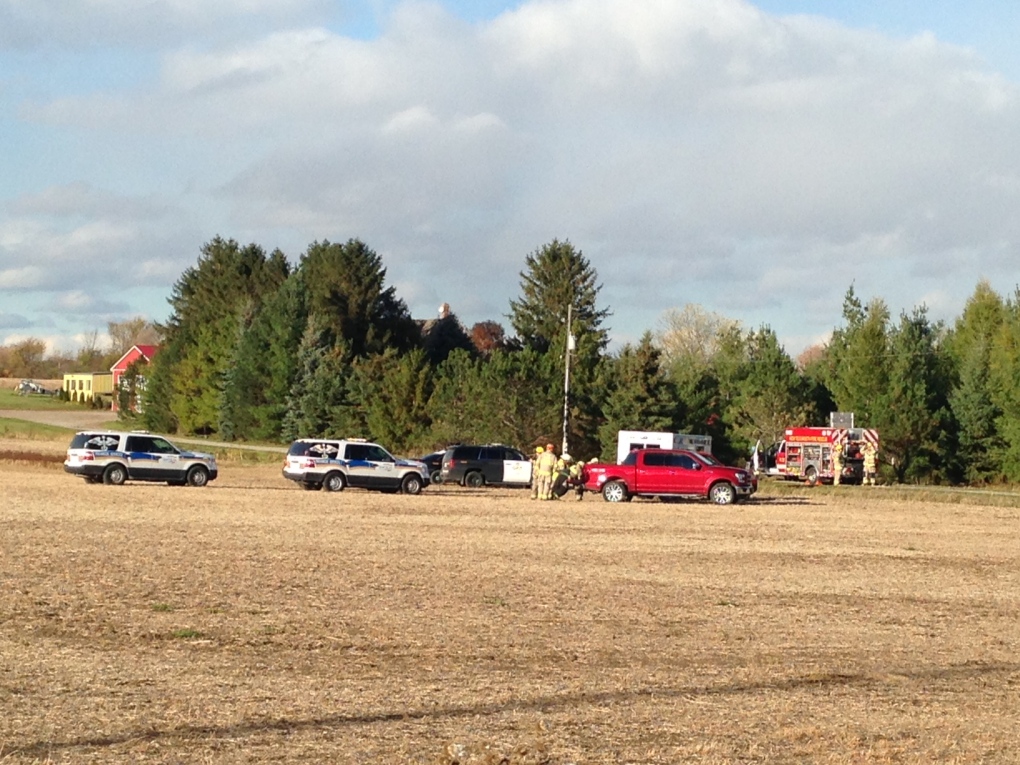 Emergency crews can be seen at the site of a plane crash in the area of 8th Line and Tottenham Road near Beeton, Ont. on Saturday, Oct. 17, 2015. (Steve Mansbridge/ CTV Barrie)

Police have released the identity of the man killed in a plane crash in Beeton earlier this month.

At around 3 p.m. on October 17, the plane crashed in the area of 8th Line and Tottenham Road.

The plane struck hydro lines and a hydro pole prior to the crash.

A witness reported the plane was experiencing engine trouble while another witness said there were snow squalls in the area at the time.

The OPP say 52-year-old David Coffey died in the crash.

The Transportation Safety Board is continuing its investigation into the cause of the crash.