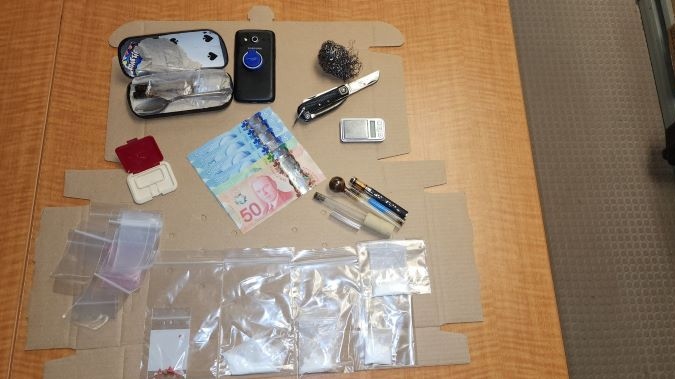 Evidence is displayed after allegedly being seized during an arrest in Gravenhurst, Ont., on Sun., Oct. 2, 2022. (OPP)

Bracebridge OPP says the officers spotted the group on First Street South and found one individual was breaching conditions after conducting an investigation.

He is scheduled to appear in court to answer to the charges next month.

Fleeing shelling, hundreds of civilians on Saturday streamed out of the southern Ukrainian city whose recapture they had celebrated just weeks earlier.