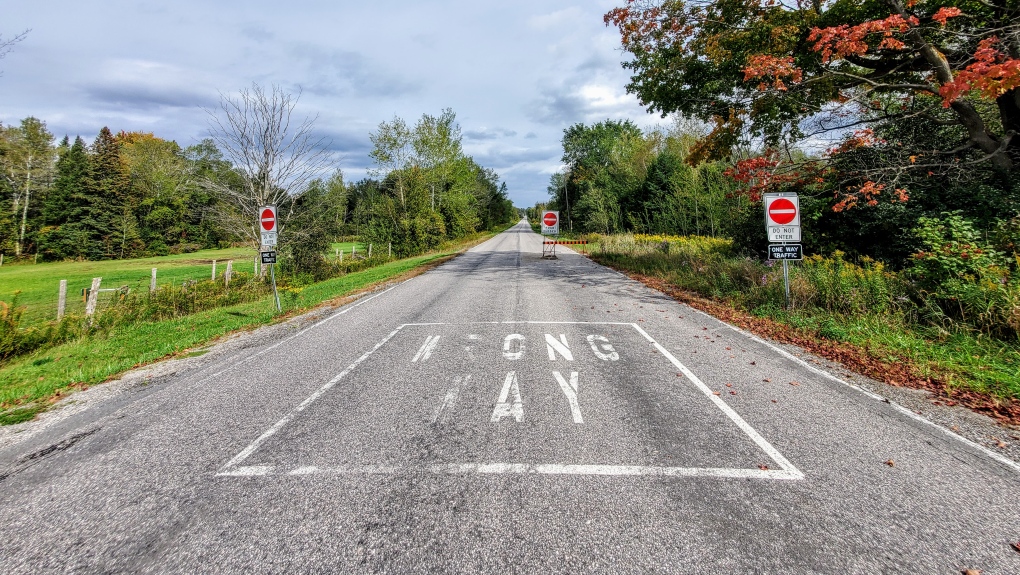 Police handed out tickets to multiple motorists who they say were caught driving the wrong way on a clearly marked one-way road in Innisfil.

South Simcoe Police say the 7th Line between Yonge Street and 10th Sideroad is a hot spot for wrong-way drivers.

"Some drivers continue to ignore the warnings," the police service stated in a release on Monday. "These motorists create a dangerous situation for other drivers and police."

Police say they will monitor the area and conduct enforcement to "ensure the road is safe."

They add that there are alternative routes to use, such as 6th Line and Innisfil Beach Road.

Motorists charged with driving the wrong way on a one-way road face three demerit points and a $110 fine.